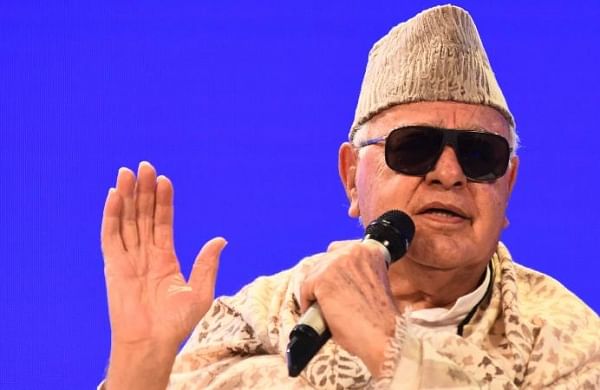 JAMMU: Accusing the BJP-led government of reneging on its promise of completing the delimitation exercise in Jammu and Kashmir by March next year, National Conference president Farooq Abdullah on Wednesday said the people had enough of "dictatorship" and desperately needed a democratically elected government that could address their issues.

Alleging that the press was not free to write against the government, he demanded legislation in the Parliament to ensure media houses function free of fear.

"We have been promised delimitation followed by (Assembly) elections and the commission was told to complete the exercise positively by March 6 Now, they have told the parliament that there is no time frame set for the completion of the exercise. Maybe, they want it to continue for six years," Abdullah said at a meeting of his party workers here.

He said though the National Conference MPs are part of the delimitation exercise, "we were not called for a meeting till date or shown any report and we do not know what they are doing."

Emphasizing that public issues can only be solved by a popular government, Abdullah said, "People cannot be patient for long as we have had enough of dictatorship, bureaucratic rule, Lt Governor rule."

The former chief minister accused the BJP of peddling lies about the situation in Jammu and Kashmir. He said the people were dying on the one hand while on the other, the BJP had been claiming peace and revival of tourism while nothing was happening on the ground.

He said the current situation in the Union Territory was so bad that had the Farooq Abdullah government in power, "the BJP would have invited the media to write against us" but "today no one can dare to write against them. They will close down their establishments and slap them with cases so that they won't come out (of jail)."

He said though the BJP was threatening the media, "the truth reaches through other means". "The National Conference has always believed in freedom of press because criticism is necessary for a government to function in the right direction," he said.

Abdullah reiterated his call for a peaceful struggle for the restoration of statehood and the constitutional provisions under Articles 370 and 35A.

There will be challenges but we have to remain steadfast and raise our voice for our rights. You have to play a role in making Jammu and Kashmir prosperous again, he told his party workers.

Abdullah supported the demand for 27 per cent reservation for other backward classes in public sector employment and higher education. He said the BJP administration may be waiting for the elections to declare reservation. He also called for the empowerment of women and said fast-paced development cannot be achieved unless the women are empowered to stand on their feet and given the position they deserve.