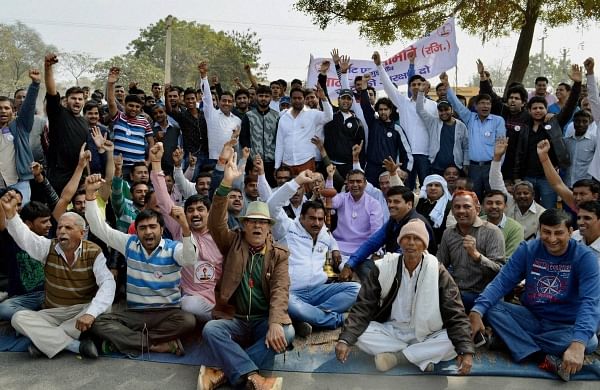 LUCKNOW: Five days after the announcement of rollback of three contentious farm laws by PM Narendra Modi, the issue of the Jat reservation is again ready to raise heads in Western Uttar Pradesh.

As per the highly-placed sources, a meeting of two zones was held by the Jat Arakshan Sangharsh Samiti in Meerut on Tuesday, urging Modi to fulfill the promise of the Jat reservation.

According to Jat Arakshan Sangharsh Samiti sources, the community is about to start a public campaign demanding reservations across three states of UP, Uttarakhand and Punjab from December 1.

Jat community is mainly concentrated with around 12 per cent of the western UP districts. After the announcement of the repeal of agricultural laws, the Jats have now started eyeing reservations.

As per Jat Arakshan Sangharsh Samiti, around 125 assembly seats in western Uttar Pradesh, 15 in Uttarakhand and over 100 in Punjab are dominated by Jats playing a vital role in the victory and defeat of the parties.

The Samiti sources claimed that Jats were feeling betrayed. “Jats have not been given their due. Their support had made the BJP form the governments at the Centre and Uttar Pradesh,” said a senior member of the Jat Arakshan Samiti.

He added that the Samiti had been demanding the inclusion of Jats in the OBC list for a long time at the central level. He claimed that talks were held with the representatives of the government from time to time, but the decision had been elusive.

(THE NEW INDIAN EXPRESS)
178 Days ago