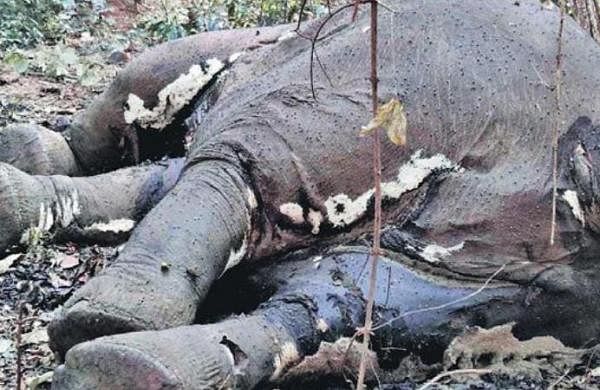 MEDININAGAR: The Latehar district administration of Jharkhand has sought a report from officials of the Palamu Tiger Reserve in Betla National Park over the killing of a domesticated elephant by two wild tuskers.

A 40-year-old male elephant named 'Kalabhairava' was gored to death by the tuskers at Palamu Fort late on Monday night.

In a letter to the deputy director of the tiger project on Wednesday, Latehar Deputy Commissioner Abu Imran sought to know why was the elephant shifted from the designated shelter to another location and what steps did the forest ranger take at the time of the incident to safeguard the elephant.

It also sought to know whether the elephant was kept in a forest as per the central government guidelines.

The male elephant, along with two female elephants, was brought from Mysuru in Karnataka.

Though forest officials have claimed that they tried to scare away the wild tuskers by bursting crackers while they were attacking 'Kalabhairava', locals alleged that they were not present at the spot during the incident.