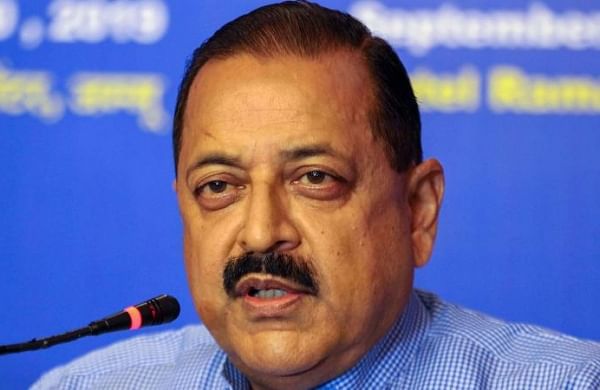 JAMMU: Jammu and Kashmir Congress on Tuesday demanded the resignation of Union minister Jitendra Singh and a high-level probe into allegations of corruption levelled against him by BJP leader and former MLC Vikram Randhawa.

The Jammu and Kashmir Apni Party (JKAP) too demanded a probe into the matter.

J-K BJP secretary Randhawa, who is the president of Stone Crusher Owners Association, has levelled serious allegations against Singh's office in Jammu over the issue of mining policy and also threatened to immolate himself.

The party's disciplinary committee served Randhawa a show-cause notice, hours after he went public against Singh.

On Tuesday, a group of Congress workers led by its youth wing president Uday Bhanu Chib assembled at the party's headquarters here and staged a protest to press for the Union minister's resignation.

"Randhawa's sensational disclosure removed the lid on the nexus between the mining mafia and the BJP. There should be a high-level probe into the allegations," Chib told reporters.

Earlier, Congress councilor Gaurav Chopra alleged that the auctioning of minerals and wine shops was a well-planned conspiracy to loot the locals.

The J&K Pradesh Congress Committee (JKPCC) also took strong exception to the allegations levelled by Randhawa and sought the resignation of Singh pending a high-level probe.

"The serious allegations of 'hafta culture' under the patronage of higher-ups need a probe. Let the law of land and propriety take its course," the JKPCC said in a statement.

It said a high-level probe is a must to expose the alleged nexus.

"This is a test case for the Modi government and the UT administration, and heads should roll to send a clear message, otherwise people will further lose faith in the system," the statement said.

JKAP provincial president and former minister Manjit Singh too said an impartial probe was imperative to uncover the alleged involvement of the Union minister and mining officials.

"A probe is must to expose the mining mafia and their associates which ultimately compelled a former legislator of the ruling political party to speak publicly against his own party leaders, mining department officials and police department," he said.

"Families of local miners have been suffering due to this nexus, which works in a well-organised manner. We will not allow the mining mafia to flourish in J&K," the JKAP leader added.