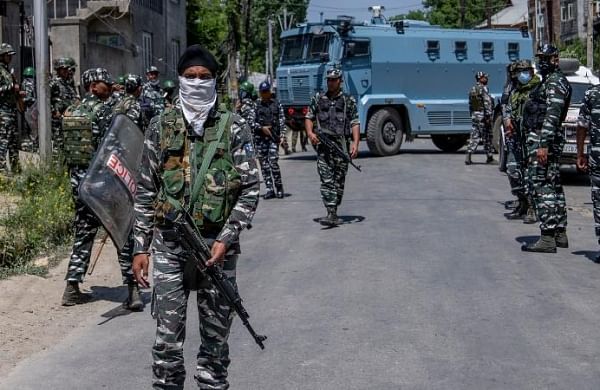 BANIHAL/JAMMU: The family of a Jammu and Kashmir youth, who was dubbed as a terrorist and killed in an encounter in 2021, Saturday said they were thankful to the High Court for ordering the exhumation of his body, and requested the administration to return it to them "without any further delay".

Amir Magrey's family also said that after performing the last rites, they "will take the case forward and continue to fight for justice" for him.

Magrey was among the four people killed in Hyderpora in the outskirts of Srinagar on November 15, 2021.

Police had claimed all of them to be terrorists and buried their bodies in Kupwara in North Kashmir.

In a 13-page order on Friday, Justice Sanjeev Kumar directed that Amir Magrey's body be exhumed and handed to his family for last rites.

"We are highly thankful to the High Court and my lawyer Deepika Rajawat for providing us justice after a long wait of over six months. We appeal to the government to immediately implement the high court order and return the body of my son without any further delay," Magrey's father Mohammad Latief told PTI from his residence in Ramban district of Jammu region.

He said the family had to knock the door of the High Court after their earlier meeting with Lt Governor Manoj Sinha and his assurance that an inquiry will be conducted into the incident within 10 days yielded no result.

"We are satisfied that we got justice from the court as we were seeking the body of my innocent son. After we perform his last rites, we will take the case forward till the truth is unveiled. We will not end this case here and will continue to fight for justice for my son," he said.

Latief appealed to the Lt Governor to hand down an exemplary punishment to those behind the killing of his "innocent son".

Local Sarpanch Mushtaq Ahmad Malik, who was among a large number of people who on Saturday visited Magray's family in the hilly Sangaldan area, said the whole village is satisfied with the court verdict.

However, he said over 24 hours have passed since the HC order but there is no information from the administration about the implementation of the order.

"The body should be returned as soon as possible," he said, adding "it is just a beginning and the case will be taken to its logical conclusion as the deceased was an innocent person."

The Jammu and Kashmir Police had decided in 2020 that it would not hand over the bodies of "terrorists" to the family members and instead would bury them at different places to avoid law and order situation.

However, after a public outcry about the veracity of the encounter, the Jammu and Kashmir administration had buckled under pressure and exhumed the bodies of two -- Altaf Ahmad Bhat and Dr Mudasir Gul -- and handed them over their families.

In its order in the Magrey case, the HC said, "Since the petitioner was a resident of Gool, a remote village in Jammu Province and did not have much say in the Valley and, therefore, his request was arbitrarily turned down."