J&K will always remain integral part of India: Diplomat hits back at Pakistan during UNHRC meet 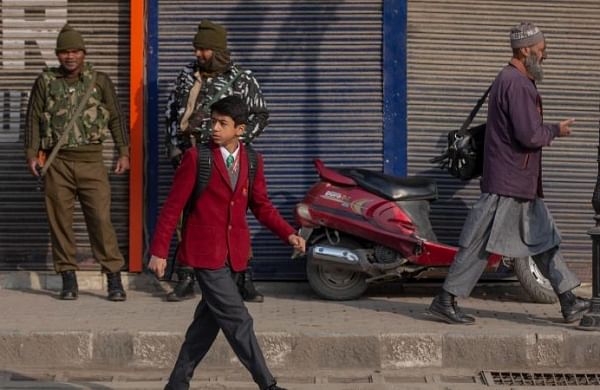 NEW DELHI:  Jammu and Kashmir “was, is and shall forever” remain an integral part of India, a top Indian diplomat said at the UN Human Rights Council’s meeting in Geneva on Wednesday, a day after Pakistan sought the international community’s intervention on the Kashmir issue.

Speaking at the 43rd session of the UN Human Rights Council, which is being held in Switzerland from February 24 to March 20, Vikas Swarup, Secretary (West), the Ministry of External Affairs, described Pakistan as the “epicentre of global terrorism”.

He called for decisive action against those who direct, control, fund and shelter terrorists, in an obvious reference to Pakistan, which is accused by its neighbours of providing safe havens to terror groups.

“It is more than a little ironical that a nation that has become the world’s leading exporter of terror and violence seeks to lecture others about human rights... “Jammu and Kashmir was, is and shall forever remain an integral part of India,” Swarup asserted a day after Pakistan’s Minister for Human Rights Shireen Mazari alleged that India continues to violate the human rights of the Kashmiri people.

India abrogated the special status of Jammu and Kashmir under Article 370 on August 5 and bifurcated it into two Union territories.

The National Investigation Agency (NIA) on Wednesday carried out fresh raids at multiple locations in central and south Kashmir as part of its investigation in the January 31 encounter at Nagrota in Jammu.

The NIA team also raided the house of one Ali Mohammad Bhat at Drubgam village and Sameer Ahmad Dar at Gundibagh, Kakapora.  Dar, the cousin of suicide bomber Adil Dar who killed 40 CRPF personnel in a deadly attack last year in Pulwama, was among the five arrested after the incident.

The houses of three overground workers (OGWs) who were arrested from Pulwama in connection with the January 31 encounter —  Suhail Javed Lone, Zahoor Ahmad Khan and Shoiab Manzoor — were also searched.

Lone, a Jammu student, was the second point of contact for the JeM terrorists in case they failed to meet Sameer Ahmad Dar, who was driving them to Kashmir. The militants were killed in a fierce gunbattle with police on January 31.