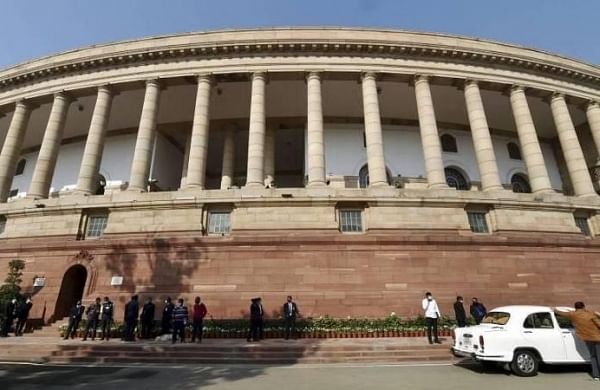 NEW DELHI: The Joint Committee of Parliament examining the Personal Data Protection Bill was on Wednesday given an extension till the last week of the ongoing Winter session to submit its report.

The Bill, seeking to provide for the protection of personal data of individuals and establish a Data Protection Authority for the same, was brought in Parliament in 2019 and was referred to the Joint Committee for further scrutiny on the demand of opposition members.

P P Chaudhary of the ruling Bharatiya Janata Party (BJP) moved a motion seeking extension up to the last week of the Winter session of Parliament for the 30-member panel to submit its report.

The ongoing session ends on December 23.

"That this House do extend up to the last week of Winter session of Parliament, 2021, the time for presentation of the report of the Joint Committee on the Personal Data Protection Bill, 2019," the motion read.

It was passed by a voice vote.

This is for the sixth time the committee's tenure has been extended.

The Personal Data Protection Bill seeks to regulate the use of individual's data by the government and private companies.

The Joint Committee of Parliament on the Personal Data Protection Bill, 2019 had last month adopted the report on the Bill, which provided the government with powers to give exemptions to its probe agencies from the provisions of the Act, a move opposed by opposition MPs who filed their dissent notes.

Opposition leaders have been opposing certain provisions of the Bill including giving unbridled powers to the state and its agencies for use of personal data.