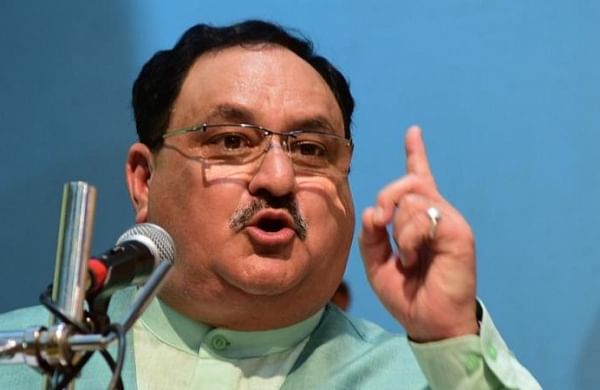 "They say they will give 10 lakh jobs. We say that we will give 19 lakh job opportunities in Bihar. In Atmanirbhar Bihar, the people of Bihar will not do jobs, they will offer jobs. That is the kind of development we will bring," Nadda said addressing a public gathering in Sonpur.

He said that a medical college is coming up in Chhapra and it will lead to the opening up of around 500 medical stores, 10 diagnostic centres and at least 4-5 coaching institutes. "We know how to create employment. It's not like you come into power and give 10 lakh jobs," he said.

RJD leader Tejashwi Yadav had, in his manifesto, promised to give 10 lakh government jobs in the state if he comes to power.

Nadda also took a jibe at the RJD's election symbol asking a cheering crowd whether it want LEDs or lanterns.

"When I was the Health Minister and Narendra Modi ji was the Prime Minister. In four years, we gave 11 medical colleges to Bihar. We worked on construction of roads and highways and electrification of railway tracks," Nadda said.

"The BJP government spent over Rs 3,000 crores on the welfare of farmers, Rs 1,000 crores on education, Rs 600 crores on health. Around Rs 1,200 crores are being spent on Chapra medical college, which will be a world-class and state of the art establishment," he added.

The BJP chief also highlighted that Rs 54,000 crores were spent on the construction of highways, Rs 13,000 crores for roads and Rs 2,700 crore on airports in Bihar.