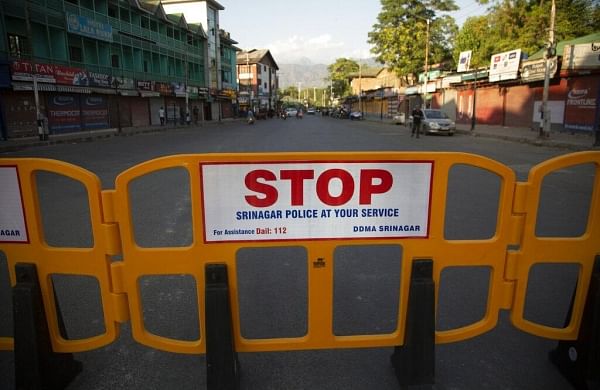 SRINAGAR: The killing of Burhan Wani in July 2016 was a watershed moment in the cycle of militancy-related violence in Jammu and Kashmir.

The ‘new age’ militancy had arrived, and its ‘poster boy’ represented a casualty figure whose unraveling reached yet another milestone in June this year: the month was the deadliest in terms of militant casualties.

Most of these causalities were reported from south Kashmir which continues to be a militant hotbed as these figures reveal.

Also, the number of militants killed in June is more than the figures in five months post scrapping of Article 370 on August 5 last year.

Only 28 militants were killed in August-December 2019 as the top focus of security forces shifted from anti-militancy operations to maintaining law and order.

However, June saw 22 militancy-related incidents, including 19 encounters, a hit-and-run attack on forces and two civilian killings, including that of a Kashmiri Pandit sarpanch. In these incidents, 52 militants, three civilians and two CRPF jawans were killed.

Of the 19 encounters, 15 took place in four districts of south Kashmir – 5 in Pulwama, 3 in Kulgam, 5 in Shopian and two in Anantnag. Most militants killed in June encounters were locals and belonged to Hizbul Mujahideen, Lashkar-e-Taiba and Jaish-e-Mohammad.

The Hizb took a massive blow as most slain militants belonged to it. Prior to June 2020, the highest toll of militants in a month was recorded in November 2018 when 40 militants were killed in gunfights with forces as a part of ‘Operation All Out’ launched against militants in mid-2017 after a surge in militant violence post Burhan killing.

The operation was meant to regain the ground in the worst-hit south Kashmir.

Several local youth, many of them highly educated, joined the militant ranks after Burhan’s killing and were later killed in encounters.

Former Director General of Police (DGP) S P Vaid said killing of over 50 militants in a month is a “big number”. He said the rise in militant killings may be due to more intelligence being received by police and security forces.

“After the lockdown was imposed in the Valley following abrogation of Article 370 bycentre on August 5 last year, all communication modes were suspended. As the phones and internet was suspended, obviously there was less flow of information,” Vaid said.

The former DGP said since the lockdown was lifted, phones have been restored and 2G is also working, improving the human and technical intelligence of police and security agencies.

“I think the better human and technical intelligence is the main reason for specific information about militant whereabouts and subsequent encounters in which militants got killed,” he said.

LeT commander, 2 other militants gunned down

SRINAGAR: Three militants including a LeT commander were killed in an encounter with security forces in Sopore are in north Kashmir’s Baramulla district on Sunday, police said.

One of the slain militants has been identified as Pakistani militant Usman, who was involved in a recent attack on CRPF pawrty in Sopore in which a CRPF jawan and a 65-year-old civilian were killed.