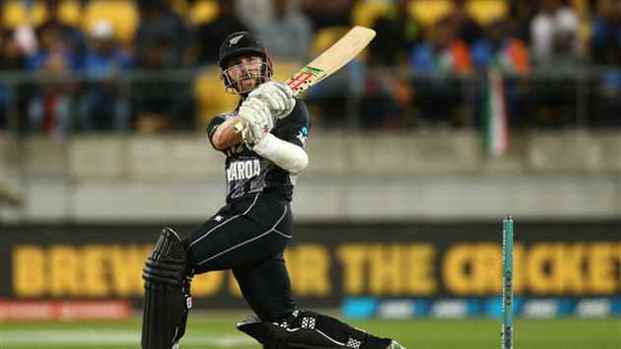 Wellington: New Zealand has announced their 14-member squad for the upcoming five-match T20I series against India in which they have recalled right-arm pacer, Hamish Bennett.

With regular pacemen Trent Boult and Lockie Ferguson still recovering from injury, Bennett is in line to make his first appearance for the national side since 2017.

Selector Gavin Larsen said the call-up was just rewarded for the 32-year-old's form and perseverance.

"We're delighted to have Hamish back in the fold for what will be a huge series against India," Larsen said.

"We all know he brings good pace and bounce but it's the clever variations he's added that make him such a well-rounded T20 bowler," he added.

Captain Kane Williamson returns to the New Zealand T20I squad after missing the England series in November with a hip injury, while Tom Bruce has been recalled for the final two games of the series in a swap-out with Colin de Grandhomme.

Jimmy Neesham, who recently injured his quad muscle playing domestic cricket, has been included in New Zealand A's squad for their three one-dayers against India The next week, but not in the T20I squad.

"The next few weeks will be really intense for our elite male cricketers and we're fully aware of the challenges ahead. We clearly want to win the series in front of us while also considering our wider ICC T20 World Cup campaign plan," said Larsen.

India has also announced their 16-man squad for the series which gets underway at Eden Park on January 24.