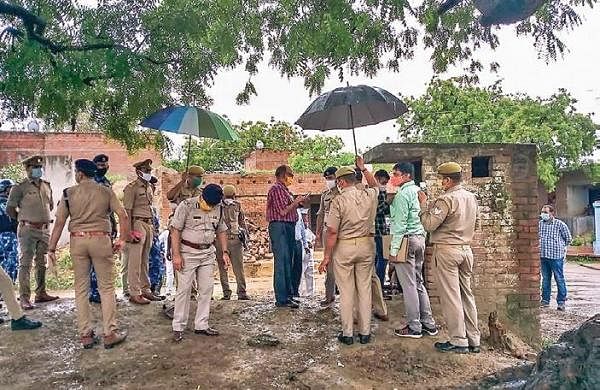 He also said that the slain gangster Vikas Dubey also looted the arms of the policemen after killing them.

"Post-mortem report reveals that sharp-edged weapons and guns were used to kill the 8 policemen at Bikru village on July 3. Circle Officer Devendra Mishra had four bullet injuries. Also, it reveals that all bullets were shot from point-blank range," he said in a press conference.

"After killing the 8 policemen on July 3 at Bikru village, the accused had also looted the arms of our policemen."

Kumar further informed media that that "there are a total of 21 accused in the case, of which 4 have been arrested while 6 accused, including Vikas Dubey, killed during police proceedings in different incidents."

Notably, the Uttar Pradesh Government has constituted a one-member commission to investigate the Vikas Dubey encounter case, officials said on Sunday. The commission will have to submit its report within two months.

Dubey was arrested by the police in Ujjain on Thursday morning. He was on the run and had come to the city to offer prayers at a temple, where he was identified by a security guard.

He was killed in an encounter by the Uttar Pradesh Police on Friday after he "attempted to flee".

The gangster was the main accused in the encounter that took place in Bikru village in Chaubeypur area of Kanpur in which a group of assailants opened fire on a police team, which had gone to arrest him. Eight police personnel were killed in the encounter.