Kanpur encounter: UP lost 70 police personnel in action in 2018, maximum in India 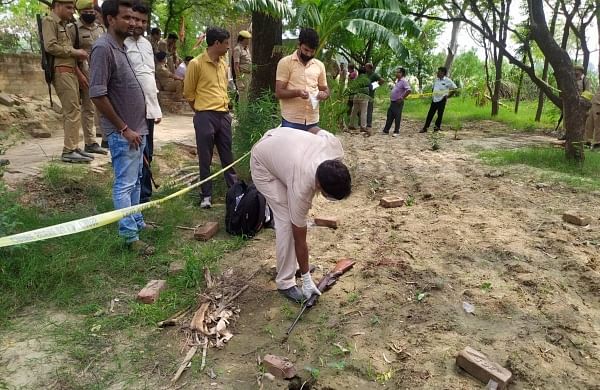 NEW DELHI:  The Kanpur encounter on Friday morning is the latest in a string of daring attacks against the police that shows how increasingly dangerous Uttar Pradesh has become for its law enforcement force.

Uttar Pradesh lost 70 police personnel in action in 2018 — the maximum in the entire country. More policemen were killed in UP than even in militancy-hit Jammu and Kashmir and Maoist-afflicted Chhattisgarh.

After UP, Telangana and Punjab came second with 54 followed by Maharashtra 51, and Jammu and Kashmir 50.

Worse, the state saw a 72% jump in the crimes against police personnel in 2018 over the previous year, according to the latest data available with the National Crime Records Bureau (NCRB).

This was significantly higher if it is compared with the national data as the percentage rise was nearly 24% for the rest of the country in 2018.

On Friday, eight police personnel, including a deputy superintendent and three sub-inspectors, were killed during a raid to nab gangster Vikas Dubey.

As per the Crime In India Report 2018, 2,963 personnel were attacked marking an increase of 24% from the previous year when a total of 2,384 public servants were attacked.

Notably, the 2017 data comprised not just attacks on police personnel but also those involving other public servants.

As many as 555 personnel were killed during police operations and 2,408 cops got injured in 2018.

The  rank of 30 cops who were also killed during police operations was not known, according to the NCRB.

Among the injured, the NCRB data shows, constables suffered brunt of the attacks as compared to other ranks. As many as 1,428 constables got injured during police operations.

While riotous mobs were involved in 1,358 attacks, gangsters and criminals came second with 549 assaults  on police personnel in 2018.

UP CM Yogi Adityanath announced Rs 1 crore ex gratia to kin of all eight policemen killed during an operation against gangster Vikas Dubey.

Meanwhile, UP DGP announced a cash award of Rs 50,000 for giving a tip-off on the absconding gangster