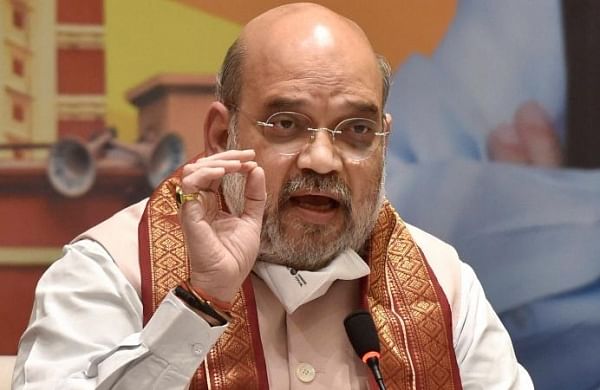 He also said Prime Minister Narendra Modi ensured an optimum utilisation of resources to successfully fight oxygen shortage during the second wave of coronavirus in the country.

Delivering his keynote address during the HT Leadership Summit here, Shah said the country has given a strong reply to the cross-border terrorism perpetrated by Pakistan, "hitting it in its house" by way of surgical strikes conducted by defence forces.

No one believed that Article 370 and 35A can be repealed but Prime Minister Narendra Modi did it in 2019, he said.

"I can say that there is peace now in Kashmir, investment is coming and tourists are flocking."

"Kashmir slowly is getting back to normal to stand in unity with the country," he said.

He said the Modi government made it clear through its armed surgical strikes into Pakistan that breaching Indian borders was not that easy.

This feat till now was only known to be done by Israel and the US but India too now is in that list.

"We want peace with everyone. The security of our borders is our top priority and we have given a definite and loud message in this context."

"Due to this, India now has a different acceptance in the world," he said.

Talking about the recent challenges posed by the COVID-19, the home minister said PM Modi's effective policies brought out the economy, hit by the pandemic, in quick time.

Lauding Modi's leadership, Shah said it was the first time that India's security policy "came out of the shadows" of its foreign policy.

He said in last 10 years before Modi government came to power (2014), there was a "policy paralysis" in the country, the Prime Minister's office was "compromised" and India's respect in the world had come down.

"We got political stability in 2014 as there was an era of coalition governments for long in the country," the home minister.

(THE NEW INDIAN EXPRESS)
307 Days ago