Kedarnath Yatra halted due to landslides, over 50 pilgrims trapped 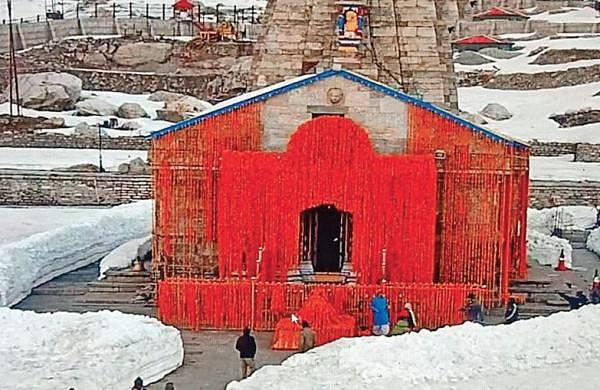 DEHRADUN: Kedarnath Yatra was halted on Sunday by Rudraprayag district administration due to continuous landslides on the Kedarnath-Gaurikund walkway with over 50 pilgrims trapped on the way.

Navneet Bhulkar, superintendent of police, Rudraprayag district said, "The yatra was halted temporarily due to the frequent landslide at Chidbasa near Junglechatti on the Kedarnath-Gaurikund route, adding that the work to reopen the route is underway."

The area has been hit by frequent landslides due to continuous heavy rains in the mountainous regions of the state recently.

Praveen Karnwal, an executive engineer from the public works department said, "Work is on to open the route as soon as possible and the pilgrims have been told to stop at various points around Kedar puri town such as Sonprayag and Gauri Kund."

Incessant rains have been wreaking havoc in the hilly parts of the state with landslides and cloud bursts.

Meanwhile, on Friday, Uttarakhand high court while disposing of a public interest litigation regarding the search of 3,322 missing person/bodies in 2013 Kedarnath tragedy directed the state government to publish the findings of the committee constituted to investigate the calamity within two months of time.

The committee comprising Archeological Survey of India, Sadia Institute of Himalayan Geology and other institutions has been constituted this month, informed the state government in the court.

The PIL was filed by Ajay Gautam, a resident of Delhi stated that these people are still missing even after 7 years of the tragedy.

The tragedy often called the ‘Himalyan Tsunami’ caused the death of over 10,000 people and 4021people went missing.