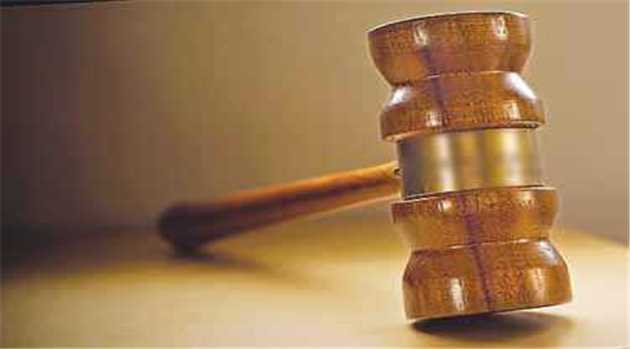 THIRUVANANTHAPURAM: The Additional Sessions Court here has found the two accused guilty in the sensational Latvian woman rape-murder case. Judge K Sanil Kumar found Umesh, 28, and Udayakumar, 24, guilty of rape and murder, wrongful confinement, abduction and sale of narcotic substances. The quantum of punishment will be announced on Monday.

The 33-year-old woman had arrived in Kerala for Ayurveda treatment and went missing from Kovalam beach on March 14, 2018. Her body was recovered from a marshy land near Panathura 38 days later in a putrefied state.

In the prosecution case, the two lured the woman by offering to take her to tourist destinations near Kovalam. They intended to have a physical relationship with her and gave her a ganja-filled beedi. She was then taken to a remote place where they physically abused her. When she regained consciousness, she got enraged seeing her dress being removed. As she tried to leave the place, the men pressed their elbows against the woman's neck and smothered her.

Special public prosecutor G Mohan Raj said the case was built around 18 circumstantial evidence and all of them were accepted by the court.

He said the prosecution grounded its arguments on the fact that the foreigner cannot reach the desolate place alone and someone from the locality should have taken her there. "Regarding the identity of the ones who took her to the place and committed the murder, we submitted 18 circumstantial evidence, which was accepted by the court," the special prosecutor said.

The prosecution proved the rape charge by linking the injuries that were sustained by the victim in her private parts as well as the lack of explanation and the lies given by the accused regarding the injury marks in their body parts, which were sustained during the same period as the murder.

Also, the innerwear worn by the victim was recovered on the basis of the statement of the first accused. The victim's sister gifted the inner garment that she had brought from Ireland and she identified it before the court. This evidence was glued together to make a foolproof case and there is a Supreme Court verdict which said circumstantial evidence can be relied upon to prove rape charge, the special prosecutor added.

Regarding the absence of semen in the body of the victim, which was one of the contentions raised by the defence, the prosecution successfully argued that it was difficult to detect semen from a putrefied body.

P G Asok Kumar, the former assistant chemical examiner, had testified that diatoms detected from the body matched with those found in the water in the crime scene. This evidence, he had told the court, suggests it could be a case of drowning death also.

However, the prosecution countered this with the statements of Dr Sasikala, former head of the department of Forensic Medicine, Thiruvananthapuram Medical College, who had conducted the autopsy. The doctor said there were visible injury marks on the neck and skull of the victim, which could have resulted in her death.

DySP J K Dinil, who led the special police team probe, said the absence of eye witnesses made the case a challenging one and they had to do in depth analysis of the circumstantial evidence and statements of the witnesses to build a watertight case. He said the antecedents of sexual assaults of the accused was also linked to the case and circumstantial evidence turned out to be crucial in proving the case.

The prosecution had examined 30 witnesses, produced 79 documents and eight pieces of material evidence before the court. Meanwhile, two of the witnesses, including the assistant chemical examiner, retracted their earlier statements given to the police. Following this, they were declared hostile.

The sister of the deceased was allowed to view the court proceedings online from Ireland after the Latvian embassy moved an application before the court. Legal experts hailed it as a rare incident of a court allowing a foreign national to view the proceedings live. (AIR NEWS)