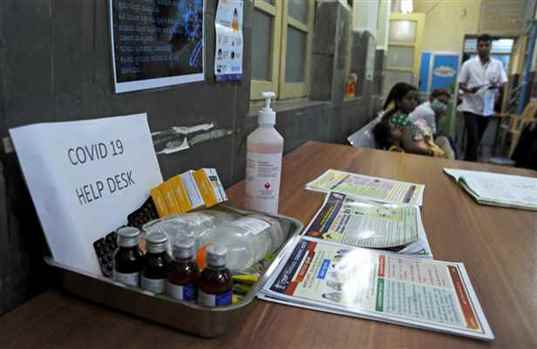 Kerala, Maharashtra, and Delhi are among top six states which are accountable for contributing 61 percent new Covid-19 cases on daily basis in India, an alarming situation at a time when the country’s per day cumulative figure has been registering a downward trend for over 15 days.

West Bengal, Rajasthan, and Uttar Pradesh are also on the same path raising concerns amid a surge in deadly disease which has compelled the Ministry of Home Affairs to come with a fresh list of 19 guidelines on Wednesday for states and Union Territories across the country allowing them to come with local restriction to contain the spread of the pandemic.

As 44,489 new confirmed coronavirus or Covid-19 cases were registered in the last 24 hours in the country, 60.72 percent of these is contributed by Kerala, Maharashtra, Delhi, West Bengal, Rajasthan, and Uttar Pradesh.

Ministry of Health and Family Welfare (MoHF) shared the figure in its latest public report, mentioning that Kerala leads the list with 6,491 new Covid cases. Maharashtra has reported 6,159 new cases, while Delhi registered another 5,246 new cases in the last 24 hours, the report said.

In terms of Covid-19 death, 60.50 percent of the 524 case fatalities reported in the past 24 hours are concentrated in Delhi, Maharashtra, West Bengal, Haryana, Punjab, and Uttar Pradesh. Maharashtra, Delhi, Uttar Pradesh, and West Bengal are the common states among the top six states contributing the maximum to new cases as well as daily deaths.

Delhi with 99 deaths reported the maximum new fatalities followed by Maharashtra (65) and West Bengal (51). India’s present active case-load (4,52,344) is 4.88 percent of the total positive cases and has been sustained below the 5 percent mark.

Meanwhile, the data reveals that the total recovered cases in India are nearing 87 lakhs (86,79,138) and the national recovery rate stands at 93.66 percent on Thursday, including 36,367 recoveries registered in the last 24 hours in the country.