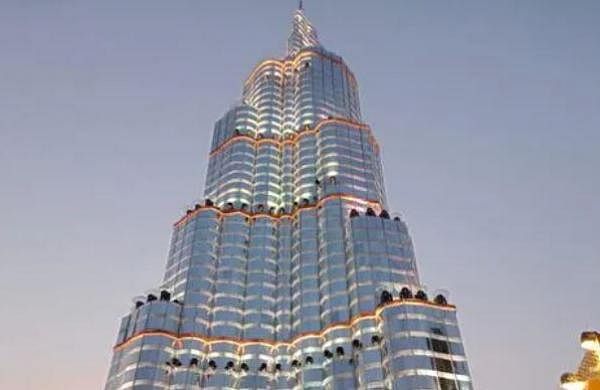 KOLKATA: The police made a crowd-puller Durga Puja pandal in Kolkata, modelled on the world's tallest building Burj Khalifa, out of bounds to people late on Wednesday night as large gatherings before it were threatening health safety of the public in the Covid situation, an official said.

The move of the Bidhannagar Police Commissionerate came a day after the Sribhumi Sporting Club helmed by West Bengal Fire Services minister Sujit Bose suspended its laser show as it was attracting people in large numbers in front of the pandal.

Police personnel emptied the entire stretch near the pandal, stopping the crowd from heading towards it.

The decision was made due to an unmanageable crowd near the puja pandal which threatened health safety of the public in the Covid situation, a police official said.

A puja committee spokesperson said the police have taken the decision unilaterally without consulting it, suddenly asking the crowd that had assembled on a lane before the pandal to leave the spot at 10.30 pm.

The laser show in the pandal was suspended on Wednesday evening following a massive gathering that stoked fears of the spread of COVID-19.

While some reports suggested that the laser show of Sribhumi Sporting Club was suspended after some pilots complained of obstruction in viewing due to it, organisers of the puja situated close to the NSC Bose International airport claimed that the measure was taken as the crowd was not moving forward, creating Covid and security hazards.

"We had to suspend our laser show on Saptami (Tuesday) evening as the crowd was not listening to our pleas to move forward. They were standing on the path in front of the marquee and watching the show till it got over. This was creating COVID and security hazards," Dibyendu Goswami told PTI on behalf of the organisers on Wednesday morning.

The 150-feet-marquee, modelled on the 828-metre-Burj Khalifa tower in Dubai, is the biggest draw among puja revellers this year.

The puja committee had planned a slow and continuous movement of revellers along the path to the pandal.

The laser show was suspended in consultation with state police and administration.

While the interior of the pandal was barricaded as per the Calcutta High Court order which made all marquees containment zones, revellers entered from one end of the lane on which the structure was erected and exited from the other but the narrow stretch became overcrowded during the laser show.

The pandal is located a few kilometres from the airport and falls in the trajectory of the landing aircraft.

The minister had in the past themed his pandal on the sets of Bahubali and Padmavat movies, and Puri's Jagannath temple, stressing on opulence, and pomp and show to draw crowds.