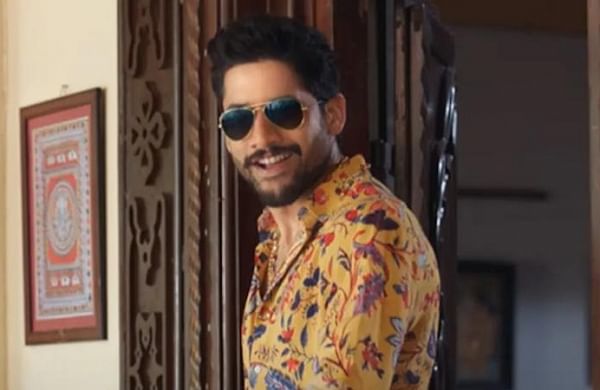 Naga Chaitanya wears a full-sleeved black t-shirt and sports the same moustache you have already seen in the trailer of his Hindi debut, Laal Singh Chaddha, in which he plays Balaraju Bodi, a South Indian man who befriends Aamir Khan’s Laal during his days at the Army.

Balaraju’s indelible smile and protruding lower lip are quite in keeping with the look of Benjamin Buford Blue aka Bubba, Forrest’s buddy during the Vietnam War in the Tom Hanks-starrer Forrest Gump, of which Laal Singh Chaddha is a remake. It’s a bit peculiar though, that a Telugu star like Chaitanya would go for a ‘best friend’ role as his foray into Bollywood.

“I wasn’t comfortable directly picking a film in which I would play the lead,” says Chaitanya. “It is a challenge for a new actor to be accepted in a different industry. I needed a transition point. I needed some padding, a base to support me.

Laal Singh is the perfect opportunity for me.” Chaitanya goes on to speak about his role. “They cast me as a South Indian boy. I am speaking Hindi in the film, but you will find a Telugu influence in my character. That I could bring something of my own gave me a lot of confidence.

When it is your first film in a completely new playground, it is important to be held by the right hands. Being mentored by Aamir sir and Advait (director Advait Chandan) helped a lot,” he says.

The war sequences of Laal Singh were shot extensively in Kargil and Srinagar. Although the shoot was hectic, for Chaitanya, it was a dream come true to learn from Aamir.

“I always wanted to work with Aamir sir and understand his process,” says Chaitanya. “His style of working is novel. He gives a lot of importance to pre-production and loves screening the film ahead of release. He likes to get as many opinions as possible. All of this was new to me.”

For Hindi cinema, both critical and commercial acclaim has been hard to come by recently. In the case of Laal Singh Chaddha, there have been calls for a ban on the film, in light of comments made by Aamir a few years back.

When it comes to profits, only three Hindi films—Bhool Bhulaiyaa 2, Jug Jugg Jeeyo and Kashmir Files—seem to have fared well. South counterparts like RRR, KGF, Pushpa: The Rise and Vikram, on the other hand, have arrived with guns blazing, both in terms of commerce and content. Chaitanya doesn’t believe there’s even a North-South divide.

“Content is king,” he says. “We in the South have always been making good films. It’s just that OTT has exposed our content to a larger audience. North or South, whoever puts out the best content will win. What I am really happy about is all the opportunities and exposure that are coming our way.”

Chaitanya’s latest Telugu release Thank You did not do well in its opening weekend. “Success and failure teach you equally,” he says. “But audiences won’t give us many chances. Everybody is on top of their game; so, I need to expand too.”

Perhaps that’s why Chaitanya decided to make his OTT debut with a horror series, Dhootha. The actor is reuniting with Thank You-director Vikram K Kumar for this show, and immediately, he talks about how he’s not comfortable with the horror genre. “

I don’t watch horror films. I get scared and can’t sleep at night. When Vikram brought this script to me, I was apprehensive. But then, I decided to bring out my fear on screen.”

In the series, he plays a journalist called Sagar. “It’s a grey role and I have always wanted to see how the audience would perceive me in such a character. OTT has given me the opportunity to explore that alter-ego.”

He mentions Ram Gopal Varma’s Bhoot for inciting this fear of the horror genre. Saying so, he smiles sheepishly, and it’s impossible not to note that his teeth are as white as Bubba’s.