LAC standoff: On a diplomatic overdrive, India reaches out to five nations 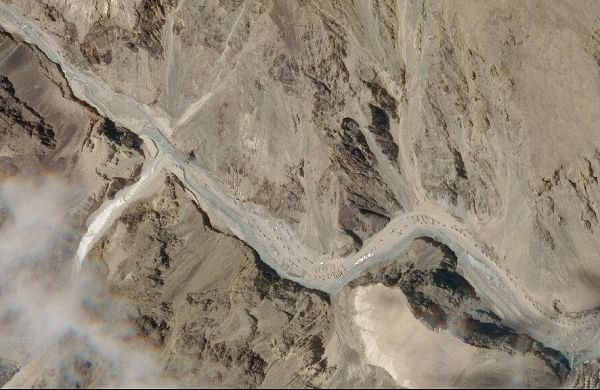 NEW DELHI:  Even as the PM was interacting with the forces in Ladakh, India went on a diplomatic overdrive on Friday, apprising five countries about the prevailing situation along the LAC.

According to sources, India apprised the US, Japan, Germany, Russia and France about the prevailing tension in Ladakh following the Galwan Valley clash between Indian and Chinese troops on June 15.

After talks with Foreign Secretary Harsh Vardhan Shringla, Japan expressed solidarity with India, saying it will oppose any attempt to unilaterally change the status quo at the LAC.

“Had a good talk with FS Shringla. Appreciated his briefing on the situation along LAC, including GOI’s policy to pursue peaceful resolution. Japan also hopes for peaceful resolution through dialogues. Japan opposes any unilateral attempts to change the status quo,” Satoshi Suzuki, Japanese envoy to New Delhi, tweeted.

The US has firmly backed India, with its Secretary of State Mike Pompeo blaming China for the escalation of tensions.

During the 2017 Doklam standoff, too, Tokyo had expressed solidarity with New Delhi and said force should not be used to alter the status.

A former diplomat feels India’s outreach is a message to China. “It is way of telling Beijing that what they are doing is wrong.

First the app ban, then the PM’s visit and the diplomatic overdrive are all signs that India will stand up to the Chinese and also tell the world about their wrongdoings,” he said.

Japan and China too have their problems with regard to the Senkaku Islands, known as the Diayou Islands in China.

On Thursday, Tokyo strongly protested Chinese vessels entering Japanese waters. While the waters are administered by Japan, China claims it to be its own.

(THE NEW INDIAN EXPRESS)
316 Days ago