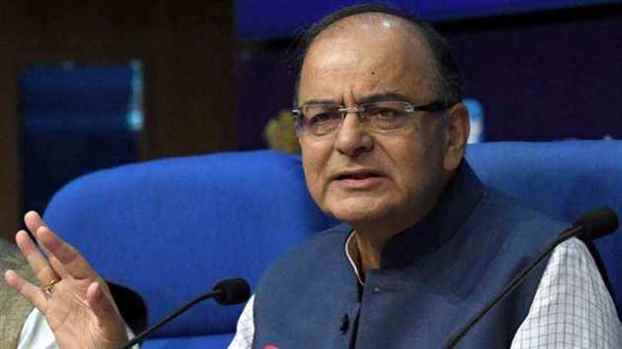 He was 66. The BJP leader was undergoing treatment in the intensive care unit at All India Institute of Medical Sciences, AIIMS in New Delhi.

In a statement, AIIMS said, Mr Jaitley who was admitted to the hospital on 9th of this month passed away at 12:07 PM today.

The mortal remains of former Finance Minister and senior BJP leader, Arun Jaitley, have been taken to his residence from AIIMS where he passed away today.

Talking to reporters, BJP Working President, Jagat Prakash Nadda, said, the mortal remains would be brought to BJP headquarters at 10 AM tomorrow for people to pay their last respects.

He said the last rites of Arun Jaitley will be performed at Nigambodh Ghat in the Capital tomorrow.

President Ram Nath Kovind, Vice President M Venkaiah Naidu, Prime Minister Narendra Modi and other senior leaders of BJP and other parties have expressed their grief over the passing away of Arun Jaitley.

Mr. Kovind said, a brilliant lawyer, a seasoned parliamentarian and a distinguished Minister, he contributed immensely to nation-building. He also paid tribute to the former Finance Minister at his residence in New Delhi.

Vice-President M Venkaiah Naidu said, Mr Jaitley's death is an irreparable loss for the country and personally to him also. In a series of tweets, Prime Minister Modi said, Jaitley was a political giant, towering intellectual and legal luminary. He also spoke to Mr Jaitley's wife and son and expressed condolences.

Rajya Sabha Deputy Chairman Harivansh has said, he was a man with a multifaceted personality and his demise was a great loss to the nation.

Defence Minister Rajnath Singh said that the country will never forget the contribution of Arun Jaitley and he was an assets to the country.

Home Minister Amit Shah said Arun Jaitley's demise is an unbearable loss to BJP workers. He said, as a Member of Parliament, he always raised the voice of the people and acted as a crusader against corruption.

Union Minister for Information and Broadcasting Prakash Javadekar has said, he is shocked at the demise of his friend Arun Jaitley.

US Ambassador to India, Ken Juster, said Arun Jailtey was a great statesman and a strong proponent of the U.S.-India relationship.

The European Union' Ambassador to India, Tomasz Kozlowski said, the country has lost one of its most respected leaders and statesmen. (AIR NEWS)