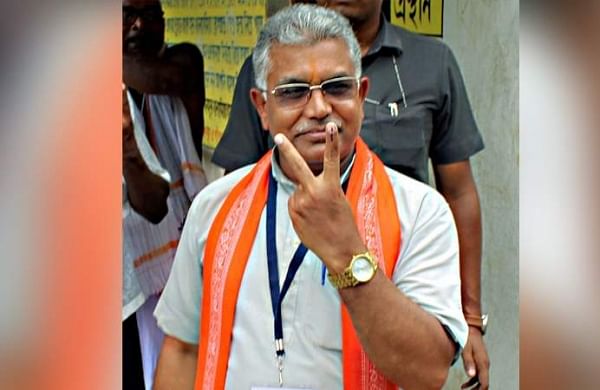 NEW DELHI: BJP leader Dilip Ghosh on Friday said he stands by his comment about Indian cow milk having "traces of gold", despite the social media storm that it has triggered.  "It was a well thought out statement," Ghosh told IANS, adding that it was backed by conclusions of research taking place in countries like Poland and the USA.

"If you think I am wrong, let there be research to prove me wrong. No one wants to research, because few love to object to our traditions," he said. And then, the Bengal BJP chief added a new twist to the ongoing controversy. "People are opposing me because I come from the BJP. How do you expect beef eaters to understand the significance of milk?"

Ghosh had on Tuesday said, "There is a special feature of the Indian cow. Its milk contains traces of gold. That is the reason the color is yellow. When sunlight falls on a desi cow's hump, the 'swarna nadi (gold artery)' generates the yellow metal."

Referring to the National Testing Agency's clarification that no state other than Gujarat "approached" it to provide papers in their regional language, the Bengal BJP Chief said: "Gujarat Chief Minister Vijay Rupani requested for the paper in Gujarati and he got it.

Where was Mamata Banerjee then? Now, she is doing politics because that is what she knows. She doesn't work for the people of Bengal but is ready to indulge in politics on every issue."

Ghosh also hit out at Banerjee for not implementing the 'Ayushman Bharat' scheme in West Bengal, after Governor Jagdeep Dhankar on Thursday questioned her intentions on the same. "Mamata Banerjee ko khali rajneeti aati hai. Na koi vikas, na koi basic kam. (All Mamata Banerjee knows is politics. She neither believes in development nor in any basic work)," he said.

Calling Ayushman Bharat "an ambitious project", Ghosh alleged that the Bengal CM was treading the path of her Communist predecessors and taking the state backward.