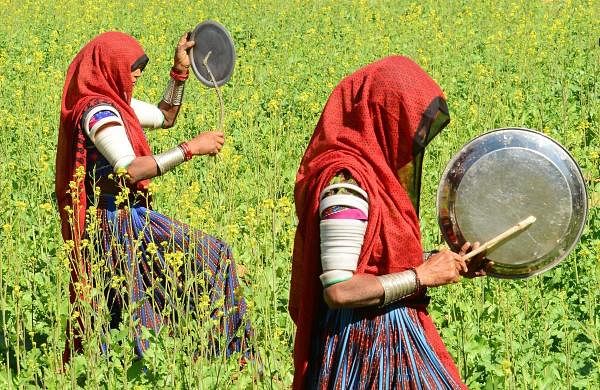 NAGPUR: Swarms of locusts have moved towards Maharashtra's Gondia district after attacking crops in neighbouring Bhandara, an official said on Thursday.

Authorities in Gondia were alerted while pesticides were sprayed on crops and trees at a village in Bhandara which was affected by the pests, he said.

An agriculture team rushed to Bhandara in the early hours of Thursday and sprayed pesticides with two fire tenders on trees in one-km radius in Temani village of the district, divisional joint director of agriculture Ravi Bhosle told PTI.

"When the team reached the area in the early hours, pests were seen on mango, teak, moha, jambhul, ber and other trees. Pesticides were sprayed and by morning, a large number the crop-eating pests fell from trees and died," he said.

"Mango trees were the most affected. The pests ate leaves but fruits were not damaged. Also, no damage was reported in the paddy fields," he said.

The locust swarms were now heading eastwards, in the direction of wind, towards Tiroda tehsil in neighbouring Gondia district, the official said.

Field machinery in Gondia has been alerted about the movement of the insects, he said.

In the last few months, locust attacks have been reported from many parts of the country, including Rajasthan, Madhya Pradesh, Gujarat and Maharashtra.