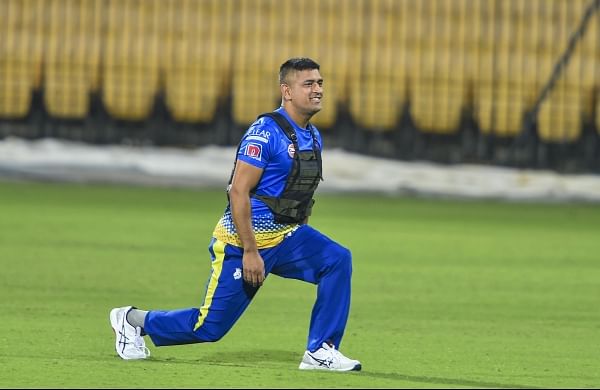 NEW DELHI: India pacer Deepak Chahar has revealed that former skipper M.S. Dhoni has "lost touch" at PubG and how therefore switched to Call of Duty.

In a recent video shared by Chennai Super Kings, Chahar mentioned that Dhoni is no longer good in PubG as he has switched to Call of Duty.

"Yeah, sometime back he got back to playing PubG but had lost touch. He couldn't figure out who was shooting from where. He clearly was looking out of touch," he added.

Due to the ongoing coronavirus pandemic, the sporting world has come to a grinding halt and sportspersons all over the world are utilising this forced break by indulging in activities which they otherwise don't get time for.

In normal circumstances, Dhoni would have been currently in action in the 13th edition of the Indian Premier League which now stands suspended till April 15 due to outbreak of novel coronavirus and the chances of tournament being played in the near future are highly unlikely.

The BCCI is also looking at the October-November window to host the tournament. But the move can only be possible if the ICC decides to postpone the T20 World Cup that is to be held from October 18 to November 15 in Australia.