Maharashtra floor test: Congress in a fix despite Kamal Nath asking MLAs not to fall for money 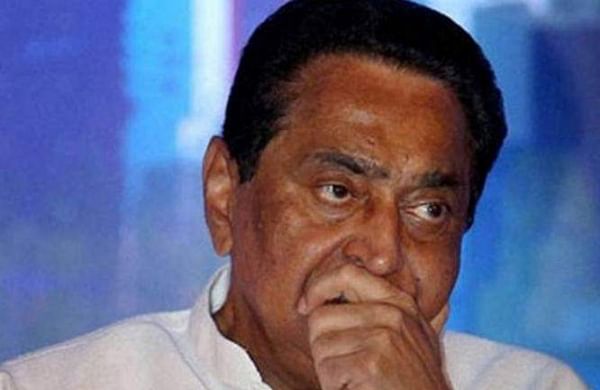 NEW DELHI: Ahead of Maharashtra Governor Bhagat Singh Koshyari calling for a floor test at 11 am Thursday for Shiv Sena-led the state government to prove its majority, Congress seems to be a worried lot to keep its flock together and prevent them from cross-voting with party leaders claiming that the BJP has approached party MLAs.

Another problem bothering the grand old party is factionalism in Maharashtra Congress which could impact the outcome during the floor test. The factionalism in the party was visible during the recent MLC elections in the state where Party MLAs cross-voted and the party could win only one seat.

Several senior Maharashtra Congress leaders including state Congress chief Nana Patole, Prithviraj Chavan, Ashok Chavan, and Balasahab Thorat don't see eye to eye. “All of them have the support of 4-6 Congress MLAs and things can go any way for some of them who have been upset with the party’s appointments in the state,” said sources.

There have been concerns in the party that some Congress MLAs may “cross vote” during the floor test. The Sena government has approached the Supreme Court over Koshyari’s floor test diktat and the matter is scheduled to be heard later this evening.

Sources said that senior party leader Kamal Nath, who has been named observer by the party to look after the Maharashtra situation, has been in touch with the 44 party MLAs and during meetings has told them not to switch for monetary benefits.

"Kamal Nath has told all the MLAs that they should remain loyal to the party. He said that he can pay them from his own pocket provided that they don't fall for post and monetary benefits," said party sources.

Several party leaders claimed that the BJP has been in touch with the party MLAs. Congress Rajya Sabha MP Nasir Hussain said that the BJP has approached the Congress MLAs and other opposition MLAs as the BJP doesn't have enough numbers to form the government, even with the support of a splinter group of Shiv Sena MLAs under Eknath Shinde. According to reports, the Sena MLAs who were camping in Guwahati are scheduled to be moved to Goa ahead of Thursday’s floor test.

A senior party leader also talked about that there has been no clarity on the party's stand on the entire episode and it's all wait and watch.

"The most important thing for the party in the present situation is to keep the MLAs together. The party is watching the situation and the entire thing is handled by NCP chief Sharad Pawar and Maharashtra CM Uddhav Thackeray," said another party leader.