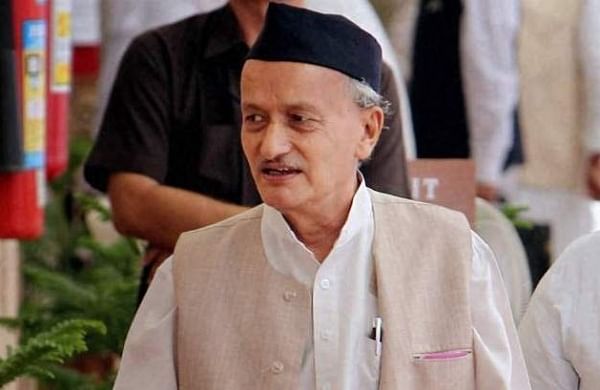 DEHRADUN: Uttarakhand High Court on Tuesday issued a show-cause notice to Maharashtra Governor Bhagat Singh Koshyari while hearing a contempt petition against some of the state’s former chief ministers for non-payment of dues.

Kartikey Hari Gupta, counsel for the petitioner said, "We have submitted to the honorable court that such petition is fully maintainable even if a respondent is a sitting Governor in India. We have completed the requirement provided under Article 361 (4) of the Constitution of India and already given sixty days' notice to Bhagat Singh Koshyari before filing the present contempt petition."

The court has directed Koshyari to submit his response regarding non-compliance with its earlier order on payment of dues.

The petition was filed by a Dehradun-based NGO Rural Litigation and Entitlement Kendra (RLEK).

In August this year, the HC had issued show-cause notices to three former chief ministers including BS Koshyari and chief secretary of Uttrakhand while hearing a contempt petition over non-compliance with the order of pending dues for facilities they used for years as ex-CMs of the hill state.

BD Upadhyay, counsel for the Governor of Maharashtra and ex-CM of Uttarakhand said, “We will reply to the notice within four weeks abiding by the honorable court's order.”

On October 15, the HC issued a notice to the state government over 'miscalculation' of the pending amount of rent and other dues by the ex-CM and current Union education minister Ramesh Pokhriyal Nishank.

The petitioner objected over 'recalculating' the rent of former CM Nishank from Rs 41.64 lakh to Rs 17207.

Earlier on May 3, 2019, in an unprecedented move, the HC had declared all government orders providing housing and other facilities to ex-chief ministers in Uttarakhand state as illegal and unconstitutional from the year 2001 to date.

The court had also directed ex-CMs governor of Maharashtra, Bhagat Singh Koshyari and union human resources development minister Ramesh Pokhriyal 'Nishank', Vijay Bahuguna to pay pending rent according to market rate within 6 months of the time period by ex-chief ministers who occupied palatial bungalows after evicting the office of the CM of Uttarakhand failing which state government will have to initiate recovery proceedings against them.