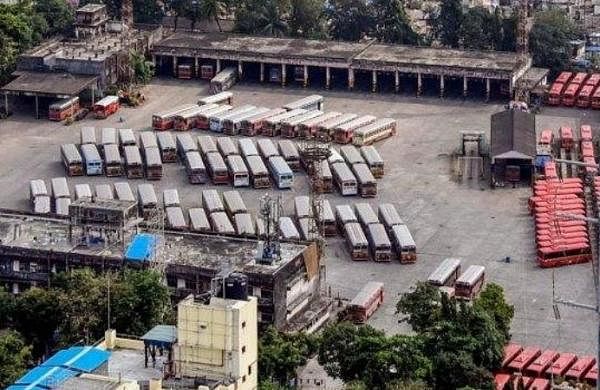 The MSRTC workers have been on a strike since October 28, demanding a merger of the cash-strapped corporation with the state government, which will give them the status of state government employees and better salaries.

In a bid to end the strike, Parab had on Wednesday declared a hike of Rs 2,500 to Rs 5,000 in the basic salaries for employees, claiming that it would be "the highest in the history" of the corporation.

The transport minister had also given a 24-hour deadline to the employees to return to duty.

Speaking to reporters, Parab on Thursday said that he has assured to withdraw the suspension of employees and will be reviewing the situation in a meeting with the MSRTC officials later in the day.

While making an appeal to the employees to rejoin duty, the minister warned that stern action will be taken against those who don't return to work within the given deadline on Friday.

According to an MSRTC official, the corporation is compiling information about workers' attendance from across the state.

However, preliminary reports have revealed that majority of the employees have not reported to duty as yet, and hence the, operation of buses at all 250 depots in the state was also shut, the official added.

Meanwhile, the BJP on Thursday announced to temporarily call off the sit-in agitation of MSRTC employees at Azad Maidan here.

BJP MLC Sadabhau Khot and Gopichand Padalkar, who were leading the agitation, made the announcement.

"Today, we are temporarily calling off our agitation at Azad Maidan. All employees should sit together and decide whether to carry out the rest of the agitation. We are with them," Khot said.

The movement was started by the MSRTC employees and the party had supported it to give justice to them, he said.

"The state government has taken two steps forward. We have won the first stage of the fight. The decision (merger) will come from the court. We will be with the workers, if they agitate in the second phase as well," Khot said.

The BJP had started a sit-in agitation at Azad Maidan on November 10 to push for the demand of MSRTC employees for the merger of the corporation with the state government.