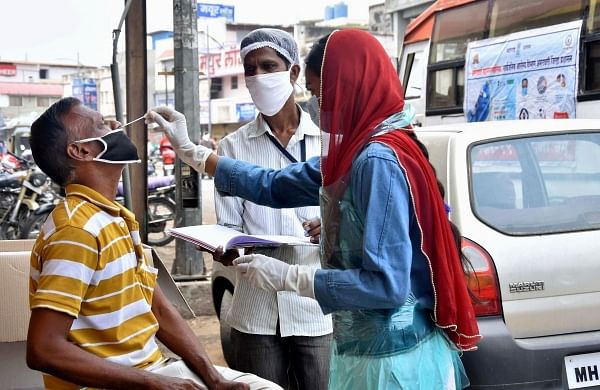 NEW DELHI: The Congress on Monday said the BJP-led Centre should make probe agencies NIA, CBI and the ED go after black-marketeers and hoarders of medicines used for coronavirus treatment in place of "using them to target political opponents".

This will instil fear in their minds, said Congress leader and ex-Maharashtra chief minister Ashok Chavan.

"Strict action should be taken against people hoarding and black marketing vaccines, injections and medicines. The government should bring in the NIA, CBI and the Enforcement Directorate against black-marketeers and hoarders of injections and vaccines.

"When you can use them to target your political opponents, why not utilise them sensibly against black-marketeers and hoarders who are today creating all these problems in the country?" he posed.

Chavan was also critical of former Maharashtra chief minister Devendra Fadnavis "picketing" a police station along with other BJP leaders when the local police had summoned a pharma company's top executive over alleged stocking of remdesivir, an anti-viral drug used for coronavirus treatment.

The Mumbai police on Saturday night questioned Rajesh Dokania, director of Bruck Pharma, a Daman-based pharmaceutical manufacturing company that manufactures Remdesivir vials, following information that thousands of vials of the Remdesivir drug critical in coronavirus treatment were to be flown out of the country.

On learning about it, Fadnavis and Pravin Darekar had rushed to the police station.

Their appearance at the police station has triggered a political slugfest between the Shiv Sena-led Maha Vikas Aghadi government and the opposition party over the paucity of healthcare supplies.

"When a person caught by Gujarat police for black marketing of remdesivir is questioned by Mumbai police, Fadnavis gheraos the police station along with some BJP leaders.

Do you want to help the public or the black-marketeers," Chavan asked.

"Let us not play politics and let us help the country and people."

Chavan also demanded that the Centre spells out a plan on vaccine supplies and be transparent about it.

"A clear plan about the vaccine supply should be rolled out. Export of vaccines should have been banned earlier. The government should ramp up production and roll out a programme for vaccines and remdesivir.

It should make its policy transparent," the Congress leader said.

He said Maharashtra is the worst affected by the COVID-19 pandemic in the country.

"But, the Centre is acting irresponsibly and have taken the issue politically," Chavan alleged.

About former prime minister Manmohan Singh writing to his successor Narendra Modi suggesting five measures to battle the COVID-19 crisis, Chavan said the suggestions from the opposition should be taken in a positive way.

"It was expected that it would be taken in a positive way. But the way (Health Minister) Harsh Vardhan has responded, I think he should apologise. The prime minister should attend to the handling of the COVID situation instead of campaigning in elections," he said.

Hitting back at Manmohan Singh for his critique of the government's COVID-19 management, Vardhan on Monday alleged the second wave of the pandemic was fuelled by Congress-ruled states as they were busy raising doubts about vaccines rather than vaccinating people.

"History shall be kinder to you Dr Manmohan Singh ji if your offer of 'constructive cooperation' and valuable advice was followed by your Congress leaders as well in such extraordinary times!" the health minister tweeted.

Congress spokesperson Supriya Shrinate said Vardhan's reply to the former prime minister was "probably the first case of pettiness where he took to name-calling and accusations".