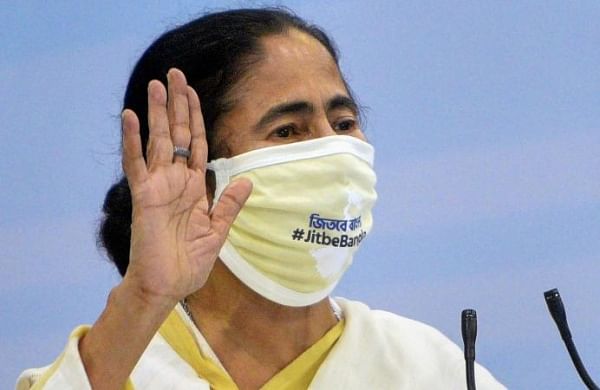 KOLKATA: The Trinamool Congress on Saturday moved the Election Commission over the issue of the purported audiotape of West Bengal CM Mamata Banerjee that the BJP released on Friday accusing her of doing politics over the bodies of Cooch Behar firing victims.

BJP IT cell chief Amit Malviya released the tape in a press conference on Friday in which Mamata is heard interacting with TMC’s Sitalkuchi candidate Partha Pratim Ray. The BJP alleged Mamata instructed Ray not to hand over the victims’ bodies to their families as she would organise a rally with it.

The delegation of the party also requested the Commission to take necessary action to prosecute the persons in the BJP responsible.

In the complaint letter, the TMC alleged that it is unprecedented that a Chief Minister’s phone was intercepted at BJP’s behest and one day before the polling.

"In the said conference, it has been alleged that in the aftermath of the CISF firing incident at Sitalkuchi, Smt Mamata Banerjee has a conversation with Partha Pratim Ray. The BJP has not only illegally recorded and/or caused it to be recorded, but also played it at the press conference out of context.

The entire exercise by the BJP is an illegal act and is a direct assault on legal rights, including the right to privacy of Smt Mamata Banerjee and Partha Pratim Ray," the letter reads.

The TMC alleged that the release of the audiotape containing Mamata’s conversation is a violation of the Constitution, Indian Telegraph Act, 1885, Information Technology Act, 2000, and Indian Penal Code, 1860.