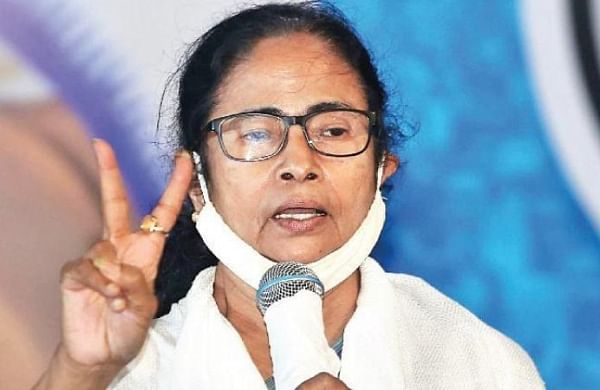 She said that decisions regarding oath-taking and cabinet formation will be made then.

The BJP emerged as the main opposition party with 77 seats under its belt, while incumbent TMC has won 212 of the 292 seats where polling was held in eight phases in March and April and is leading in one where counting is still in progress.

The party is set to return for a third term after registering a resounding win overall but Nandigram remained a bone of contention with a neck-and-neck tussle between CM Mamata Banerjee and BJP's Suvendu Adhikari.

Banerjee, who lost to Adhikari in the constituency by a narrow margin, has decided to move court over the verdict after the Election Commission refused its request for a recount.

"How come the EC reversed the Nandigram result after formally announcing it? We will move court, she said at a press meet.

The TMC supremo also stated that this is the first time she didn't receive a congratulatory call from Prime Minister Narendra Modi, who was spearheading BJP's campaign in the poll-bound state.

It is for the second time in succession that Banerjee powered her party to two-thirds majority in the state assembly.

Importantly, Trinamool Congress has refrained from celebrations amid surging coronavirus cases in the state and decided to hold a victory march once the pandemic is over.

(THE NEW INDIAN EXPRESS)
521 Days ago