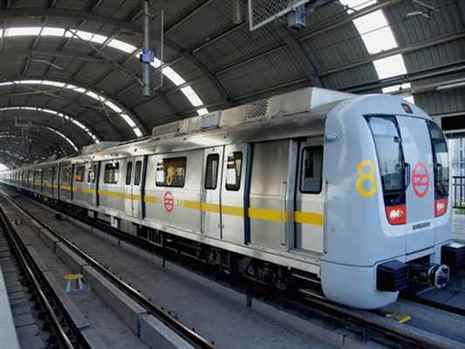 NEW DELHI: A 40-year-old man allegedly committed suicide by jumping in front of an incoming train at Adarsh Nagar metro station here on Wednesday, police said. An investigation into the matter is underway, they added.

The incident led to the slow movement of trains from Samaypur Badli to Vishwavidyalaya on the Yellow Line. However, normal services were resumed after a brief while.

In recent days, there has been a spate in the number of suicide attempts in the Delhi Metro network.

On September 7, a 26-year-old woman killed herself by jumping in front of an incoming train at the Model Town metro station on the Yellow Line.

On September 3, a security guard allegedly committed suicide by jumping on tracks at Noida Sector 61 metro station on the Blue Line.

The previous day, a 40-year-old woman died after she jumped in front of a train at Jhandewalan metro station on the Blue Line.