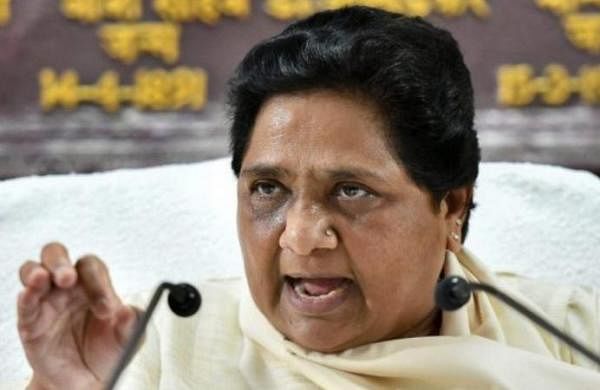 LUCKNOW: BSP chief Mayawati on Thursday suspended seven rebel MLAs after they opposed the nomination of official party candidate Ramji Gautam for the elections to the Rajya Sabha.

She also locked horns with the SP yet again saying that having an alliance with the SP in 2019 was her biggest mistake and so was to withdraw her 1995 case against the party.

Believing the SP to be behind the rebellion in the BSP, a fuming Mayawati resolved to pay the party back in the same coin. Mayawati said she was even ready to vote for the BJP to defeat any candidate of Akhilesh Yadav's SP in polls to the UP legislative council in the future.

"We have decided to defeat SP candidate in future MLC elections in UP at any cost. We will put all our energies to make it happen even if we have to give our vote to a BJP candidate or any other party candidate, we will do it. Any party candidate who will be dominant over SP's second candidate will get all BSP MLAs' vote for sure," she maintained.

Sources claimed that the BSP rebels had taken the line contrary to their party's after their alleged meeting with SP chief Akhilesh Yadav on Wednesday after which the speculation went rife that they might jump the ship.

Mayawati, while talking to reporters, said her party would send an application to the UP Assembly Speaker seeking the disqualification of all seven rebel MLAs if they joined any other party.

Notably, four of the seven BSP rebel MLAs had also filed an affidavit saying their signatures on the nomination of the BSP’s national coordinator and Bihar in-charge Ramji Guatuam for the Rajya Sabha elections had been “forged”. However, the returning officer accepted Gautam’s nomination.

Mayawati’s party had on Monday fielded Ramji Gautam even though it did not have the number to ensure his victory. The party was pinning hopes on other non-BJP parties to support his candidature. Out of these 10 Rajya Sabha seats from Uttar Pradesh that are falling vacant, three were earlier held by the BJP, four by the SP, two by the BSP and one by the Congress.