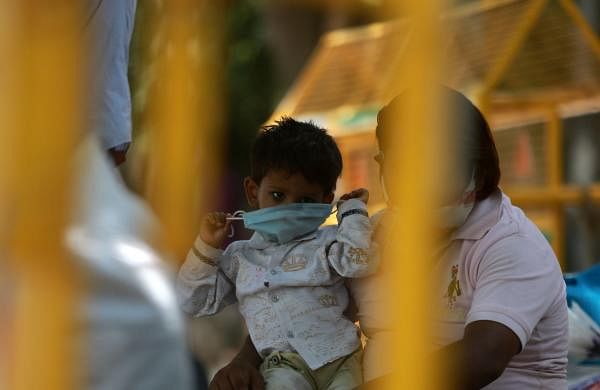 PATNA: The state government in Bihar has claimed that it would provide employment to migrant labourers under MGNREGA scheme who have completed 21 days of quarantine.

Sharing this, the minister of Water Resources (WRD) Sanjay Kumar Jha said that efforts have been intensified to ensure employment to migrant workers according to their skills and work experiences.

"The government has also decided to open at least two clusters of small industries in each of the 38 districts to generate employment opportunities for the migrant workers," said Jha, adding that more than 5.95 lakh migrant labourers have already got employment in the state.

According to official figures 16.5 lakh people have returned to Bihar between May 1 and May 26 by the Sharmik special trains.

Following the directions of Bihar CM Nitish Kumar, skill mapping of each of the migrants returning from other states is being carried out to build a database of skilled and unskilled labourers.

Jha shared that skill mapping of more than 80,000 people in quarantine centres have already been completed and that efforts are on to continue it.

"A nodal agency is also set up to look into the needs of migrant labourers in a bid to provide them employment," he added.

A first in the country

This is the first time in the country a database with all the details of migrant workers including contact numbers, Adhaar numbers, skills, are being prepared.

Help would be handed to those who'd want to start businesses, Jha said.

An amount of Rs 401 crores was also given to 14 lakh farmers as compensation for crop damages caused by natural calamities that took place in February and March.