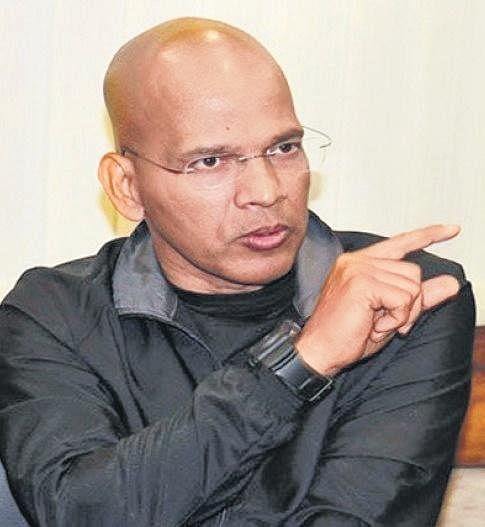 SRINAGAR: Former IG, Traffic, Basant Rath, who was involved in a “one-sided Twitter war” with J&K  police chief Dilbagh Singh, was on Wednesday suspended by the Union Home Ministry for gross misconduct and misbehavior. Under Secretary to the Government of India, SD Sarkar in an order ordered the immediate suspension of the 2000 batch IPS officer from J&K cadre.

“A disciplinary proceeding against Rath is contemplated in connection with repeated instances of gross misconduct and misbehavior, which have been brought to the notice of the government. The Competent Authority in the Ministry of Home Affairs, in the exercise of powers conferred by clauses of sub-rule of Rule of the All India Services (Discipline and Appeal) Rules, 1969, hereby places Rath under suspension with immediate effect,” the order stated.

Rath, who hails from Odisha, was directed not to leave the Jammu headquarters without obtaining the prior permission of Singh. After the order, Rath tweeted, “Apna tou Kaam Hai Jalaate Rahe Chiraag. Rastey Mai Chaha Dost ya Dilloo (apparently referring to DGP Dilbagh Singh) ka ghar milay.” “Ishq for Dilloo and his bosses - 24 carats. Ishq for Dilloo’s business partners - 23.18 carat.

In November 2018, Rath was shifted to Home Guards and Civil Defence department after a spat on Twitter with then Srinagar Mayor Junaid Mattu, who was then close to the BJP. Mattu has later removed as Srinagar Mayor after corporators, backed by BJP, passed no confidence motion against him.

Rath had on June 12 indirectly accused the DGP of owning 50 kanals of land in Jammu. “Hi, Dilbag Singh. Can I call you Dilloo? Are you the one who owns 50 canals of land in Sarore near the dental college? Is it registered on your name?”

Rath had posted in response to a tweet. On June 24, Rath had lodged a written complaint against Singh alleging threat to his life and stating that in case untoward happens to him, the DGP should be held responsible. With inputs from Delhi (THE NEW INDIAN EXPRESS)