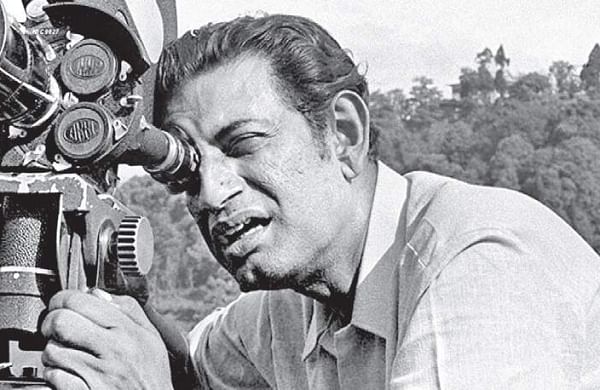 KOLKATA: Bengali director Anik Dutta's new movie 'Aparajito' (The Undefeated), which is a tribute to auteur Satyajit Ray, has found no slot in the West Bengal government-run auditorium Nandan for the second week, even as screening of the film is on in 65 other theatres across the state, its producer said.

'Aparajito', which recently received acclaim at a Mumbai film festival, traces Ray's journey during the making of the classic 'Pather Panchali'.

Firdausal Hasan, the producer of the film, said the response from the audience has been encouraging, and there are houseful shows.

The film is currently running in 65 theatres for the second week, up from 25 cinema halls in the first seven days from the release on May 13.

"However, the movie is yet to find a slot in the state-run Nandan, which is considered the cultural epicentre of Bengal. Our wishes remain for other Bengali films released at this theatre but we would have been happier if 'Aparajito' gets a show time at Nandan, as Ray was so closely involved with it and had designed its logo," Hasan said.

Nandan CEO Mitro Chatterjee could not be contacted for comments on why the film is not yet finding a slot in the facility.

Satadeep Saha, a functionary of Eastern India Motion Pictures Association, said, 'Aparajito is poised to become one of the biggest hits in Bengali cinema in the past 10 years and proved that one can make super hit films without stars. The content is the king.

A member of the screening committee of Nandan, who did not wish to be named, said, "The film was appreciated by all members of the panel. But it is difficult to find a slot for Aparajito immediately, with the release of several movies. It could be screened later."

Dutta, a known critic of the Mamata Banerjee-led government, had earlier run into trouble when his anti-establishment satire 'Bhobisyoter Bhoot' was pulled off cinema halls in February 2019, just days after its release.

Several prominent personalities, including actor Soumitra Chatterjee, had then protested against the "attempt to curb freedom of artistic expression".