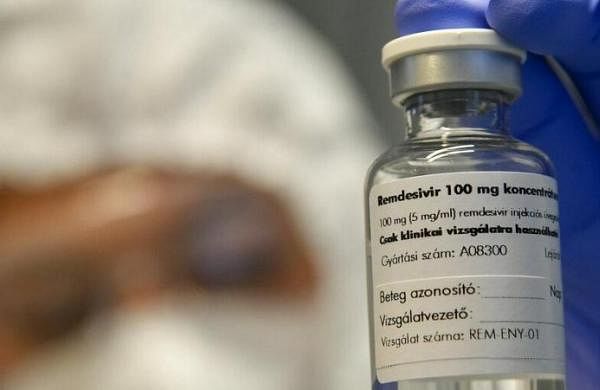 BHOPAL: As many as 860 injections of Remdesivir drug, which is in high demand for treating COVID-19 patients, were found "stolen" from the stock of the government-run Hamidia Hospital here in Madhya Pradesh on Saturday, police said.

An official said that an internal sabotage cannot be ruled out behind the incident.

Asked whether the police have some leads in the case, he said the probe is on.

Earlier in the day, MP Medical Education Minister Vishwas Sarang said, "I have received the information about the theft of the injections. This is a very serious matter. Divisional Commissioner Kavindra Kiyawat and Bhopal Deputy Inspector General of Police Irshad Wali have reached the spot and started investigations," he told reporters at the facility.

A case has been registered with the Koh-e-FIza police station under sections 457 (house-breaking by night) and 380 (theft in any building) of the Indian Penal Code.

Shortage of Remdesivir injections has been reported from various parts of Madhya Pradesh which are battling a surge in COVID-19 cases.

On April 16, Madhya Pradesh recorded 11,045 fresh coronavirus cases, its biggest one-day spike so far, taking the state's infection count to 3,84,563, as per the state health department.

The overall fatality count rose to 4,425 as 60 more patients succumbed to the infection. Madhya Pradesh has recorded 89,052 new cases and 439 fatalities since the beginning of April.