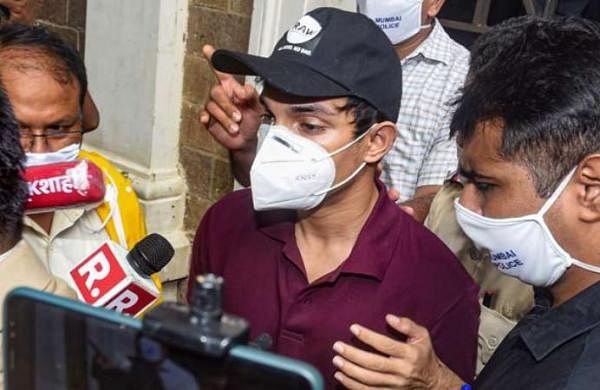 MUMBAI: A Mumbai Special NDPS Court on Wednesday granted bail to Showik Chakraborty -- the brother of Bollywood actress Rhea Chakraborty -- three months after he was arrested in a narcotics case.

Showik, 24, was arrested by the Narcotics Control Bureau (NCB) in a drugs related case on September 4, as part of the investigations into the death of actor Sushant Singh Rajput almost six months ago.

Through his lawyer Satish Maneshinde, Showik had applied for bail in November which was rejected by the Special Court, but in his second appeal, he had cited a recent Supreme Court verdict which said that statements to the NCB officers are not admissible as evidence.

Among other things, the NCB had alleged that Rhea and Showik were part of a narcotics syndicate and the siblings were involved in drug deals, had links with the drugs cartels and peddlers from whom they procured drugs and made payments.

Rhea, 28 was arrested by the NCB on September 8 and granted bail after a month on October 7, even as over two dozen persons, including Bollywood-linked persons, narcotics peddlers, suppliers and financers have been arrested or interrogated.

In its recent ruling the SC said that no confession made to a police officer shall be taken into account in order to convict an accused under the NDPS Act.

Sushant Singh was found hanging at his Bandra home on June 14, sparking off a huge political controversy, an upheaval in Bollywood besides multiple probes by the Mumbai Police, Patna Police, Central Bureau of Investigation, ED and the NCB.