Murmu leaves for Delhi, seeks cooperation from all for presidential polls 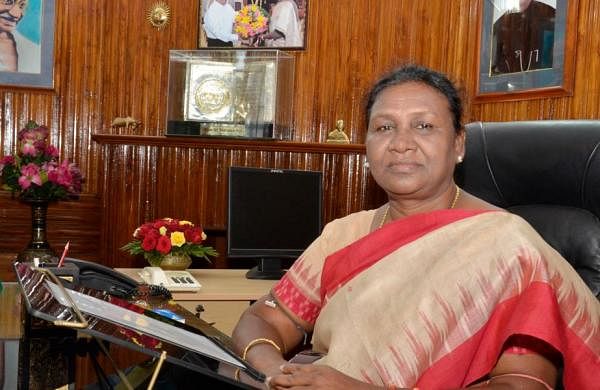 BHUBANESWAR: NDA presidential candidate Droupadi Murmu on Thursday sought cooperation from everyone for the upcoming election to choose the first person of the country, and said she will meet all the electors to seek their support before July 18, when the polling is scheduled to take place.

Murmu left for Delhi on a flight from Bhubaneswar's Biju Patnaik International Airport at 9.40 am. A tribal dance was organised as a large number of her friends and well-wishers gathered at the airport to see her off.

She had reached the Odisha capital from her native Rairangpur town in Mayurbhanj district on Wednesday night after covering a distance of 280 km by road amid cheers and greetings from people along the way.

In a brief statement issued before her departure for the national capital, Murmu said, "I thank all and seek cooperation from everyone for the presidential election. I will meet all voters (lawmakers) and seek their support before July 18."

She is leaving for Delhi and will file her nomination for the Presidential election tomorrow, June 24th. pic.twitter.com/x0K3mACQk0

Itishree Murmu, the NDA presidential candidate's only daughter who was present at the airport, said, "People of the country love my mother for her simplicity and soft-spoken nature. She has left to serve the country after handing over the responsibilities of the family to me."

Itishree Murmu is a bank official in Bhubaneswar and is currently on maternity leave to take care of her two-month-old daughter.

On Wednesday, Droupadi Murmu was received in Bhubaneswar by state BJP president Samir Mohanty and local MP Aparajita Sarangi at a guest house, where she spent the night, an official said. She had to drop her plan to visit her alma mater, Unit-II Girls' High School, in Bhubaneswar as she attracted crowds wherever she went.

She also wanted to pay obeisance at Shree Lingaraj temple here, but had to shelve the plan owing to a delay in her arrival, the official said.

Murmu's school teachers and some of her college lecturers, however, greeted her at the guest house. "We are proud that our alumna is tipped to become the next President of India," said her school's headmistress, Kalyani Mishra.

Murmu had also worked as a class-III employee in the Odisha Irrigation Department after completing her graduation.