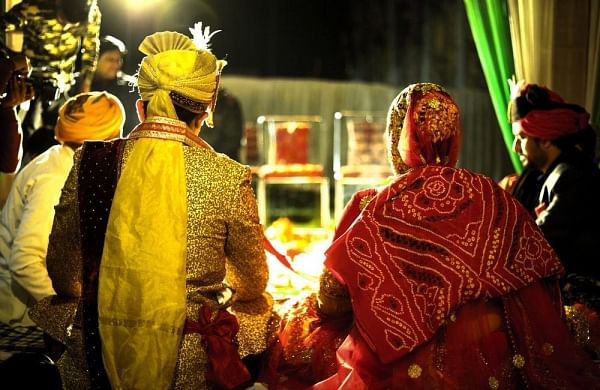 YAMUNANAGAR: A Muslim man, who converted to Hinduism before marrying a Hindu woman, and his wife are under police protection here following the intervention of the Punjab and Haryana High Court.

Haryana Home Minister Anil Vij had last week said the state government has set up a three-member committee to draft a law against 'love jihad', a term used by BJP leaders to describe religious conversions in the guise of marriage.

The 21-year-old man, who has also changed his name, married the 19-year-old woman on November 9 as per Hindu rituals, Yamunanagar Superintendent of Police, Kamaldeep Goyal said on Tuesday.

The couple had approached the high court stating that they feared a threat to their lives and personal liberty from the girl's family, while further submitting that opposition to their marriage was a serious abuse of their rights provided under Article 21 of the Constitution.

The police later lodged the duo in a protection home here for several days, while acting on the high court's directive to evaluate the threat perception and provide them security.

The police also met the girl's family and tried to convince them that the two were legally wedded and they should allow them to live together as per their wish, the SP said.

The girl had earlier declined to meet her family, who during a hearing in the case on November 11 expressed the wish of meeting her once, he added.