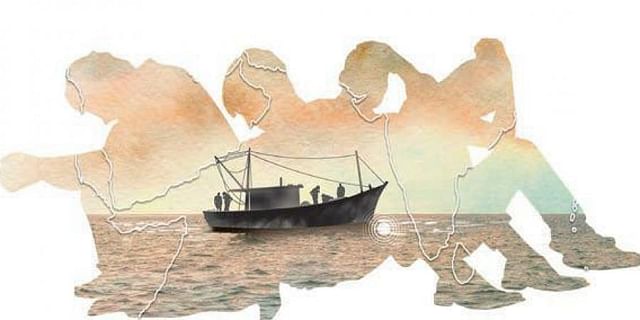 NEW DELHI: The Karen National Liberation Army (KNLA), a heavily-armed Myanmar rebel group fighting the military junta in that country, is suspected to be providing "protection" to an organised Malayasian-Chinese gang which continues to hold at least 150 Indian IT professionals trapped at a location on the Myanmar-Thailand border.

Sources in Indian security agencies revealed that Myanmar's Myawaddy district in Karen State, which is in the control of the KNLA and has seen frequent gun battles between armed cadres of the insurgent group and the Myanmar army in the recent past, has also been a centre of gun-running for some years. The KNLA and even the Arakan Army, another insurgent group, have traditionally "favoured" using Myawaddy as an important part of the route used by the outfits to bring in heavy weapons from China.

The software engineers, mostly from Tamil Nadu and Kerala, were entrapped in a job racket that four companies, primarily managed by some Dubai-based Chinese nationals, ran to force these Indians professionals to launch cyber fraud, including those related to crypto-currency and other related crimes. While 32 such Indians were rescued since the fraud came to light in July, others are said to have paid a hefty ransom to free themselves.

The Ministry of External Affairs has been trying to use available resources in Myanmar and Thailand to help rescue the techies, but the lack of precise on-the-ground information is delaying officials' efforts to secure the release of the software engineers still stuck in and around Myawaddy.

The KNLA's large presence in the militarily-disturbed district has also prevented Indian officials from reaching anywhere near the Thailand-Myanmar border. In a joint operation on September 20, the KNLA and its political wing, the Karen National Union (KNU), along with another armed outfit, seized a military base at Kyeik village in Kawkaneik district adjoining Myawaddy. In a second attack in August, a KNLA raid killed 13 policemen.

On March 13, the KNLA captured four Myanmar soldiers at Waw Lay near Dooplaya near the Thailand-Myanmar border. Nine days later, the outfit "overran" a Myanmar army base at Mawkhee village before seizing a large cache of weapons. But on May 30, the junta's ground and air forces hit back at the KNLA, firing rockets and using the air force to bomb the area.

In one of the biggest operations against the KNLA in June 2020, the Thai army intercepted a large weapons consignment at Mae Sot (in Thailand) across Myawaddy, seizing Chinese M16, M79, AK-47 and M5.56 rifles, grenade launchers and thousands of rounds of ammunition besides arresting six persons, including four ethnic Karen and Rakhine persons.

At that time, Suchitra Durai, the Indian envoy in Thailand, suspecting that part of the weapons were intended for use by northeast insurgent groups, had visited Tak province in that country to urge Thai investigators to share more details on the consignment's source and destination.

For several years in the past, weapons would be smuggled to northeast insurgent groups operating out of Myanmar's Sagaing Division that border Nagaland and Mizoram. (AIR NEWS)