Nari Shakti awardees must contribute to eradicate malnutrition and save water: PM Modi 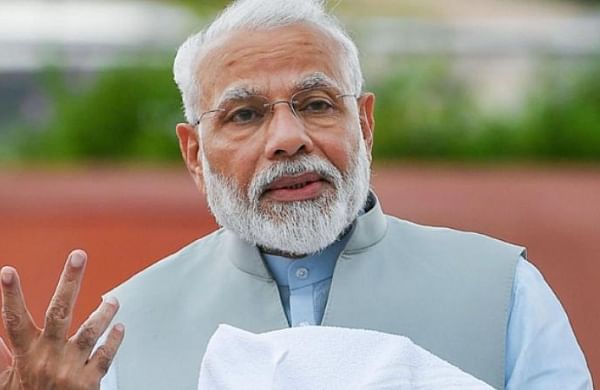 Interacting with 14 of the 15 awardees at his official residence here, the prime minister also said their achievements can become a "case study" for universities.

Arifa from Kashmir, who also shared Modi's social media accounts on Sunday to mark International Women's Day, said the internet ban in Kashmir caused hardship in her business of reviving the crafts of Jammu and Kashmir.

The prime minister responded by saying that now her work will grow at a very fast pace.

He said it was no mean feat to involve so many people to achieve what seemed to be difficult tasks.

"You encouraged people to come together for a cause," he said.

Modi said the Clean India or Swachh Bharat mission was not achieved by the government alone and that women were major contributors in achieving its goals.

He said women also have to contribute to eradicating malnutrition.

The prime minister was of the view that women can be a force multiplier in achieving the targets of the 'Jal Jeevan' mission under which water wastage has to be prevented and the depleting natural resource has to be provided to those who have access to it.

Another awardee, 105-year-old Bhageerathi Amma, the oldest Level 4 equivalent literacy learner under Kerala State Literacy Mission, could not travel to Delhi to receive the award.

The National Award is given annually to individuals, groups and institutions in recognition of their exceptional work towards the cause of women empowerment, especially of vulnerable and marginalized women.