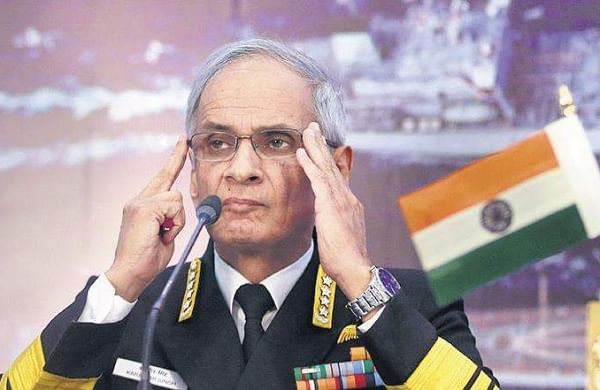 NEW DELHI: Work on the establishing country’s maritime theatre command has started and it will include the country’s only tri-service command, Navy chief Admiral Karambir Singh said on Thursday.

While speaking to reporters on the eve of the Navy day, the Navy chief said: “We are looking at the establishment of the ‘Maritime Theatre Command’ in the near future, which would further buttress ‘joint planning and application of force’ in the maritime domain.”

“A joint service team under the vice Chief of Naval Staff is looking at contours of theatre command. Andaman and Nicobar Command will also form part of Maritime Theatre Command.”

Admiral Singh clarified that the Navy’s stand on the third aircraft carrier: At present, the Navy has INS VIkrmaditya as the only operational carrier. The indigenous carrier is under various stages of trial and it has just completed its basin trial.

“As a Navy, we are clear of the utility of the carrier. At sea, airpower is required here and now.” Navy is all about reach. If you are an aspirational 5 trillion economy, you require to move out, added the Navy chief.

In February, Chief of Defence Staff Gen Bipin Rawat had opined that the Navy should shift its priorities to having submarines instead of a third aircraft carrier. "When we know that there would be two aircraft carriers, and if the submarine force is dwindling, then our priority should be for submarines," He had said. The Navy, however, has always maintained that the third carrier was a must.

Admiral Singh also talked about the tension at LAC in eastern Ladakh. “Navy is carrying out activities in close coordination with the Army and Air Force to gain the required results.”

Navy deployed its surveillance aircraft P8i in Ladakh on many occasions and Heron Unmanned Aerial Vehicle (UAV) at one of the northern bases.

In a major step, Indian Navy has begun deployment of women officers on the warships since November. Although, women were allowed in all the branches but in offshore duties only. A

A senior Navy officer said: “Four officers have been deployed with 2 each on INS Vikramaditya and replenishment tanker INS Deepak.” Earlier, once in the late 90s women officers were posted for a short duration on board the ships for sailing duties and it was discontinued subsequently.

In September, Sub Lieutenant Kumudini Tyagi and Sub Lieutenant Riti Singh were selected as the first women airborne tacticians in India to operate from the deck of warships. Till then the entry of women was earlier restricted to the fixed-wing aircraft that took off and landed ashore.

This was seen as a shift as before this, women have not been posted on warships despite being employed in different ranks in the Indian Navy.

It was in 2019 that the Navy had appointed two women as pilots for its Dornier aircraft fleet. Women officers also operate as the crew of P-8I maritime patrol aircraft but both Dornier and P8I aircraft operate from shore-based facilities.