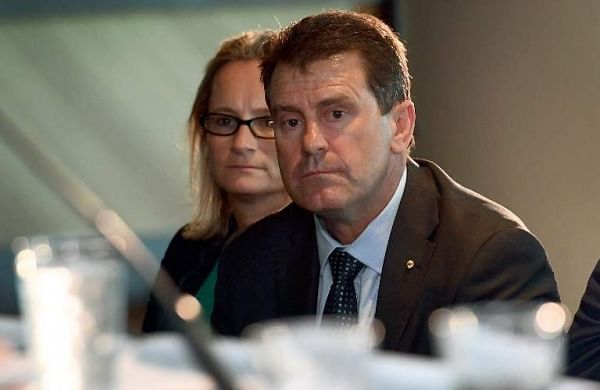 SYDNEY: Former Australia skipper Mark Taylor has warned against the abuse of concussion rules in cricket, saying that it can have the same fate as "runner's rule" if it is exploited going ahead.

Taylor's remarks come as India used the concussion substitute rule in the first T20I against Australia. The Kohli-led side brought in Yuzvendra Chahal in place of Ravindra Jadeja after the latter was hit on the helmet.

"The concussion rules are there to protect players. If they are abused there's a chance it will go like the runner's rule. The reason the runners were outlawed was because it started to be abused. It's up to the players to make sure they use the concussion sub fairly and responsibly. I'm not suggesting that didn't happen last night," the Sydney Morning Herald quoted Taylor as saying.

"I've said for years I'd like to see players and coaches take more responsibility in running the game. The laws are there to protect them and make the game better for the player. Just make sure they're used correctly, that's all I would say," he added.

Jadeja was also hampered by hamstring issues during India's innings and this possibly irked the Australian camp. Australian coach Justin Langer was seen arguing with match referee David Boon before the start of second innings of the first T20I.

Former England skipper Michael Vaughan had also expressed his displeasure after Chahal took the field in the second innings of the opening T20I against Australia as a concussion substitute for all-rounder Jadeja.

"No Doctor or Physio came out to Test Jadeja for concussion ... he then looks like his has done something to his leg ... then they pull the concussion replacement," Vaughan had tweeted.

India had won the first T20I against Australia by 11 runs. Hours after the conclusion of the match, the BCCI confirmed that Jadeja has been ruled out of the remaining T20I matches and Shardul Thakur was named as his replacement.