Need to find my own shoes & step into them, says Sanju Samson 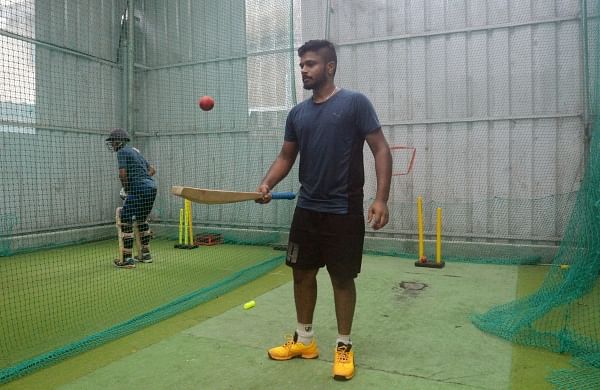 KOCHI: Ever since India’s semifinal defeat to New Zealand in the 2019 World Cup, debate over MS Dhoni’s successor has not stopped. Cricketers from different eras share opinions on whether the veteran can carry on or if it is the end of the road. Who will replace the legend?

KL Rahul is groomed for a wicketkeeper-batsman’s role in the shorter formats. The likes of Rishabh Pant and Sanju Samson are also in the reckoning. For Sanju, who has had to deal with the pressure of being compared to Dhoni, the mindset is changing.

These days, Sanju is hard at training in Thiruvananthapuram with a burning desire to carve out his own identity. He has been using the lockdown period to reset, re-focus and fine tune his game.“People can talk about anything they want to. I respect that fact, but at the same time, I’m mature enough to understand where I stand as a cricketer or where I stand in my career. I’m trying to have a stepping stone to get into the Indian team.

There are a lot of different roles to be played. I batted as an opener and as No 3, kept wickets and even contributed as a fielder when I played for India. I never compare myself or never think about being a replacement for MS Dhoni. It is realistically impossible to compare myself or anyone with him. I need to find my own shoes and get into them,” said Sanju.

Over the years, one platform the Kerala player has been using to build his case is the Indian Premier League. Indefinite postponement of the event might have upset his plans. But he realises that these are unusual times for everyone.

“It was hard to believe that a tournament like IPL can get cancelled. If you ask any cricketer, they would be eager to go out and play any match they can. If IPL happens without fans, I’d be happy to go out and play. I think every cricketer is waiting for it. At the same time, we have to take care of safety of the players and the people involved,” he said.

It is not clear when cricketing activities will resume, but Sanju wants to stay prepared. “I have been practising almost throughout this period and didn’t give myself proper rest. I felt it was important that if I take care of my fitness, I can really go to the next level.

Initially, it was difficult (during the lockdown), like going through an injury when you can’t do anything. But then, as a sportsman, I have learnt how to overcome such situations,” he said.