Need to pay 'cut-money' to get job in Bengal; TMC aligned with BJP in past, we didn't: Rahul Gandhi 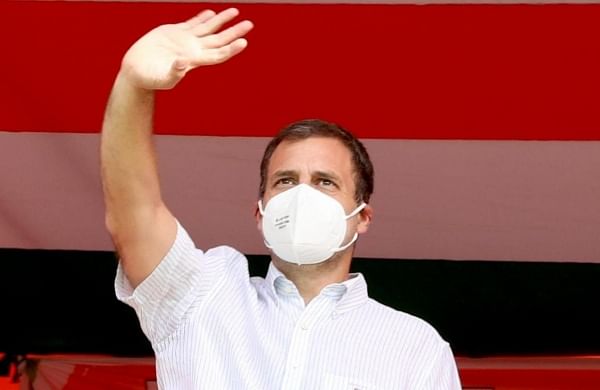 Days before the fifth phase of polling in Bengal on April 17, Congress' Rahul Gandhi launched tirades against the TMC and BJP at an election rally in Uttar Dinajpur.

Campaigning for Congress in the poll-bound state, Gandhi said that while the saffron party "has nothing to offer except hatred and violence", he also slammed the Mamata Banerjee-led government and accused it of enabling cut-money culture in the state.

"Bengal is the only state where you have to pay cut money to get jobs," Gandhi said adding that while Congress had never aligned with the BJP in the past, TMC on the other hand, had.

Shri @RahulGandhi receives a tremendous reception as he arrives for his public meeting at Goalpokhar, West Bengal.#WBWelcomesRahulGandhi pic.twitter.com/w73g4IVT6q

He also alleged that BJP's promises of "asol pariborton" and "sonar bangla" were hollow and lacked foundation for they (BJP) intend to divide and destroy the state, and harbour similar intentions for Assam and Tamil Nadu.

Assam went to the polls in a three-phased election that wrapped up on April 6. Tamil Nadu, on the other hand, witnessed a single-phase polling on the same day.

Election results for Assam, Kerala, Puducherry, Tamil Nadu, and Bengal will be announced on May 2.

(THE NEW INDIAN EXPRESS)
23 Days ago