Nepotism exists but talent is needed for survival: Vikrant Massey 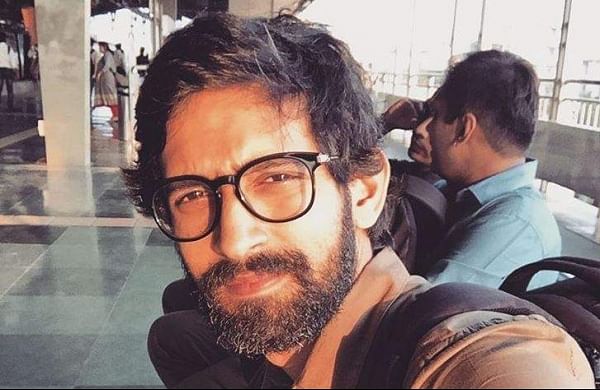 MUMBAI: At a time when the 'outsiders versus insiders' debate is at an all-time high, actor Vikrant Massey says it feels "incredible" when filmmakers write a part keeping him in mind.
In the wake of actor Sushant Singh Rajput's death, many from film industry have opened up about the struggle of surviving in Bollywood.

Massey, who has become a go-to performer for debutant directors like Seema Pahwa and Arati Kadav, started his journey from the small screen in early 2000s and has built an impressive filmography over the years across mediums in television, films and web.

On TV, he is perhaps most recognised as the progressive Shyam in the hit TV show "Balika Vadhu". His credits on the small screen include "Baba Aiso Varr Dhoondo" and "Qubool Hai".

Seven years ago, Massey got his Bollywood break in Vikramaditya Motwane's lyrical romance "Lootera" in which he played Devdas, the voice of reason to Ranveer Singh's con man Nandu.

The actor, who has also worked in films like "Half Girlfriend", "Dil Dhadakne Do" and "Lipstick Under My Burkha", said he had figured out in his early days that the movie industry tends to favour its own.

"While doing television, I had seen this thing and a lot of people had made me aware about it. I knew it would take ten to 11 years for me to re-establish myself in film. I was willing to do it because I know I possess something which is unique and it is being recognised.

"It is a paradoxical situation today, nepotism is there but ultimately, survival is because of talent," Massey told PTI in an interview. The 33-year-old actor was at the pinnacle of his career when he switched from TV to films, a move he describes as a "well-thought-out" one.

"I was doing TV from the age of 17... compromised on my college attendance, did distant education, the reason for all of it was money. After working in TV for 10 years I felt I had earned a lot of money... it was a big decision to quit TV," he said.

He may have started off by playing roles easy to be branded as 'supporting characters' in films, but the actor had his shining moments as the vulnerable Shutu in Konkona Sen Sharma's directorial debut "A Death in the Gunj", the reluctant gangster Bablu in web series "Mirzapur" and the murder accused Aditya in "Criminal Justice", another web series.

Massey said an insider may get "head start", but eventually talent is the driving force. "How much ever influential a person or whoever's son or nephew one may be, you will survive only if you deliver. Because of this entire structure, my focus has always been on delivering my best performance," the actor added.All in all, being an outsider doesn't feel like a disadvantage to him.

"It feels good when someone says I have written this script for you and I want to work with you, so maybe I am doing something right. I do not regret that I am not an insider," Massey said. The year 2020 also started on a good note for the actor with Meghna Gulzar-directed "Chhapaak", for which he earned rave reviews in the role of a harrowed but well-meaning activist Amol.

"The kind of films I am getting, I feel good. But even today, I feel I haven't even started doing the kind of work I want to do... I want to consistently deliver good performances and build trust in my writer," he added.

Massey has a bunch of films including Pahwa's family drama "Ramprasad Ki Tehrvi", Kadav's sci-fi film "Cargo", comedy satire "Dolly Kitty Aur Woh Chamakte Sitare", which reunites him with director Alankrita Shrivastava after "Lipstick...", up for release this year. He is also set to star in "Ginny Weds Sunny" and "Haseen Dillruba"

(THE NEW INDIAN EXPRESS)
315 Days ago