Next one month challenging but cinemas will bounce back: PVR joint MD Sanjeev Bijli 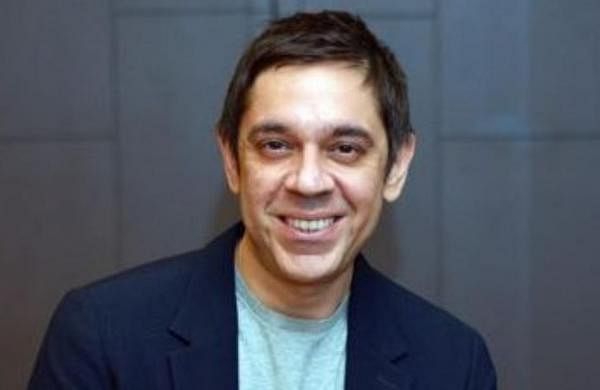 NEW DELHI: The next one month will be a little challenging but the movie business will bounce back by Diwali as filmmakers start releasing new films, PVR Ltd Joint Managing Director Sanjeev Bijli has said as cinemas opened in several parts of the country after seven months.

While theatres and multiplexes opened on Thursday in several places, including Delhi, parts of Madhya Pradesh and Gujarat with stringent dos and don'ts in keeping with the new COVID-19 normal, they remain closed in states such as Maharashtra, Tamil Nadu, Kerala and Chhattisgarh.

The next two weeks will be a trial run, Bijli said that as theatre establishments put in place standard operating procedures like alternate seating, 50 per cent capacity, packaged snacks, thermal checks and deep sanitising.

While some theatres began commercial operations from Thursday, Bijli said they dedicated the day to the PVR family that stood by them for the long months since March that cinemas were shut and to COVID warriors such as doctors, nurses and policemen.

There are no new films being released for the moment and theatre chains are running old films. "There's nothing like watching a new film when you come to the cinemas but at the same time we are just happy that we have opened. I think the next two weeks will be a trial run for us," Bijli told PTI.

"We have some festivals lined up as well as a couple of new movies in English and regional languages. So it's not like there is a dearth of new content but it's not the blockbuster variety," he added. Big releases like "83" and "Sooryavanshi" are now releasing by Christmas or New Year, but Bijli said they have new content lined up for November.

"By the time we hit November, pre-Diwali, we hope to have some big films come out. Again not massive like 'Sooryavanshi' or '83', which I believe are now going to come during the Christmas but even now we have new releases like 'Bunty Aur Babli 2' and 'Sandeep Aur Pinky Farrar', 'Tenet', 'David Copperfield', lots of Tamil films, Bengali and Punjabi movies, so there is new content," he said.

Citing the unpredictable nature of the entertainment business, he said that any of the new releases could become a surprise hit. "A small film on paper might actually resonate with audiences and become a mini hit...the next one month or so will be a little challenging but so be it. By then, other states will also open and we will start the machinery from then," he added.

With cinemas shut for seven months, many filmmakers chose to premiere their new films on OTT platforms. This led to some apprehension in the industry that people, already fearful of enclosed spaces in the time of a pandemic, might change their movie watching habits.

But Bijli is not concerned as he said that it is hard to replace the experience of watching movies on the big screen. "Big screen is an experience. Things have not changed dramatically as far air travel is concerned and restaurants and hotels are concerned. Every industry has now bounced back or is bouncing back or has gone to 60-70 per cent of pre-pandemic time. The same is true for cinemas. They have a special place in the hearts of consumers. It is experiential and you cannot duplicate it at home. We put so much effort and love in building those cinemas with the technology, screen, sound and service and food. It is an industry that's bound to bounce back," he said.

The challenges notwithstanding, Bijli said he is grateful that cinemas have finally been allowed to open. "First of all I would like to express my gratitude to MHA, the PMO office and all the states, including Delhi Chief Minister Arvind Kejriwal who has allowed us to open the cinemas in the city. It has been seven long months since the cinemas have been shut. This is the longest that we have been shut in our entire life - just grateful that we are finally allowed to open," he said.

Asked whether theatres had started release negotiations with producers, Bijli said that nobody has announced release dates yet apart from one or two smaller movies. "I think these are just conjectures...that when are the new films coming from Reliance, YashRaj and T-Series. We know their line-up but I think everyone is waiting for Maharashtra to open up and then they will start discussing the dates and terms," he added.

The pandemic affected every walk of life and most businesses but Bijli said the takeaway has been to keep faith, stay strong, connected with everyone and keep the faith. "We never knew how long this pandemic was going to be, we still don't know. Our cinemas were shut but we were still in touch with our PVR families, ensuring there was enough work and more for everybody even when the cinemas were shut," he added.

Bijli said that PVR cinemas had taken all the precautions to ensure that its theatres are a safe place to come to. "All the SOPs have been followed and our consumers' safety and security is very critical to us," he added.