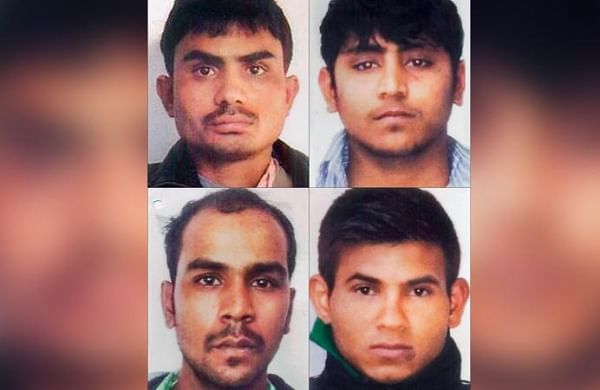 NEW DELHI: The NHRC has dismissed a complaint lodged with it by the mother of one of the convicts in the Nirbhaya case which sought intervention by the commission to prevent the hanging of her son, officials said on Tuesday.

The complainant, Ram Bai, a resident of Ravidas Camp at R K Puram here, had in her complaint claimed that all the accused in the case, including her son Mukesh Kumar, have been "falsely implicated" and their hanging in compliance of the court orders will be a "miscarriage of justice".

The National Human Rights Commission said it has received a complaint from Bai through her counsel A P Singh seeking urgent intervention by the Commission in the matter to prevent hanging of her son who is presently confined in Jail No.3 at Tihar prison complex.

"So far as the prayer made by the complainant to stay execution of the death sentence is concerned, it is apparent that the said convict Mukesh Kumar has already approached the appropriate authorities and the authorities have exercised their jurisdiction judiciously.

The matter is outside the purview of the Commission.

"The complaint is, therefore, dismissed in limine," the NHRC said in a statement.