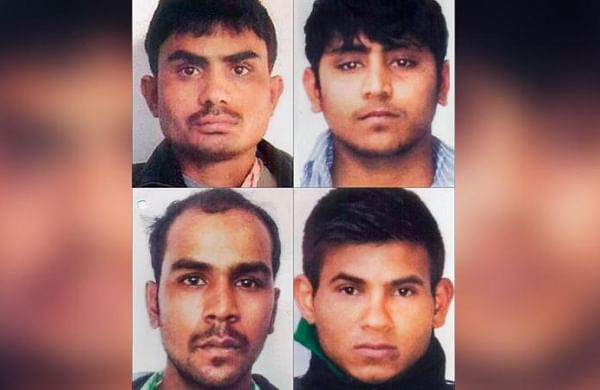 NEW DELHI: The advocate appearing for two of the four death row convicts in the 2012 Nirbhaya gang rape and murder case on Friday moved a Delhi court alleging that the Tihar jail authorities are delaying in handing over certain documents.

Advocate A P Singh moved an application alleging that the jail authorities are yet to release the documents which are required to file curative petitions for Akshay Kumar Singh (31) and Pawan Singh (25).

The plea is likely to be taken up for hearing on Saturday. The apex court recently dismissed the curative petition for other two convicts --Vinay Kumar Sharma (26) and Mukesh Singh (32).

The hanging of all four is to take place on February 1 at 6 am as per the court order.

A 23-year-old paramedic student, referred to as Nirbhaya, was gang-raped and brutally assaulted on the intervening night of December 16-17, 2012, in a moving bus in south Delhi by six people before she was thrown out on the road.