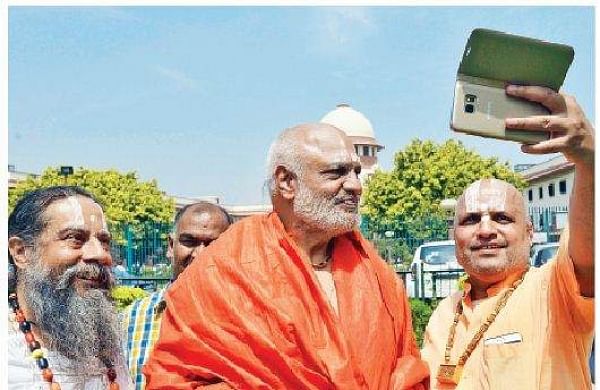 AYODHYA: Voices of dissent have started emerging from the Nirmohi Akhara here over the Shri Ram Janambhoomi Teerth Kshetra Trust, set up by the Centre to supervise the construction of a grand Ram temple.

Sources indicated that the Nirmohi Akhara could even go to Supreme Court on this issue.

A meeting of saints was held on Wednesday in which the issue was discussed. Another formal meeting is scheduled to be held next week on the issue.

The Centre has appointed Mahant Dinendra Das of Nirmohi Akhara as a member of the trust but the saints are apparently not satisfied and want a greater say in the matter.

The Nirmohi Akhara became a party to the Ayodhya dispute when it filed a suit in 1985 with the sub-judge of Ayodhya, seeking consent to construct a temple to Ram in the Ram Chabutra, the area adjacent to the disputed structure.

Though permission was denied by the court, the Nirmohi Akhara has since kept up its effort to reclaim the land and construct the temple.