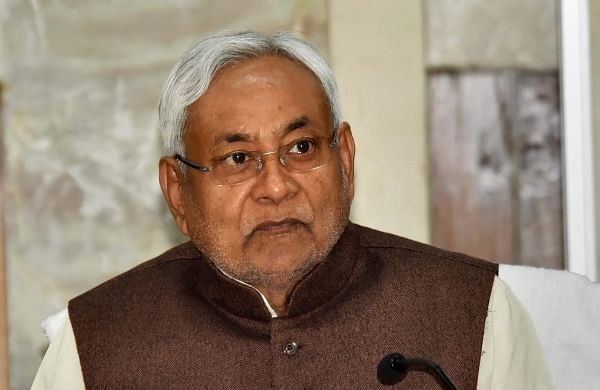 PATNA: The Nitish Kumar government in Bihar has reacted with dismay to the Niti Aayog report on "poverty index", which places the state among the bottom-ranking ones, much to the chagrin of the ruling dispensation's claim of a sustained high rate of economic growth.

The chief minister himself refrained from making any comment saying he was not aware of the report and its contents.

"What report are you talking about? I have not seen it", was Kumar's curt reply when journalists sought his comments.

The state's longest-serving chief minister has been proudly highlighting the fact that under his watch Bihar has clocked a growth rate of more than 10 per cent and the state's budget has expanded manifold.

His arch-rival Lalu Prasad, who along with wife Rabri Devi had ruled the state for 15 years altogether, however, found himself with fresh ammunition to attack the Chief Minister by whom he was ousted from power in 2005.

"Nitish Kumar ko chullu bhar paani mein doob marna chahiye (Nitish should be ashamed)", was the pithy remark of the RJD supremo, whose alleged misrule continues to be blamed by the Chief Minister and his ally BJP for the state's many woes.

Prasad's views were echoed by Congress national general secretary and former Union minister Tariq Anwar, who pointed out that Niti Aayog is headed by Prime Minister Narendra Modi and though Kumar's JD(U) shares power with the BJP at the Centre as well as in Bihar, it has failed to reap desired benefits for the state.

"All big industries in the state were set up while the Congress was in power. Unfortunately, with the bifurcation in 2000, most of these went to Jharkhand. Kumar, who has ruled Bihar for the most part after its truncation, has failed to do anything for industrial development", said the Congress leader whose party currently shares power in Jharkhand which, incidentally, has also been poorly ranked.

Kumar's cabinet colleagues have, however, sought to contest the report itself.

Bijendra Yadav, a former state president of the JD(U) who currently holds many important portfolios, dubbed the report "aadharheen" (baseless).

Vijay Kumar Chaudhary, another trusted lieutenant of the Chief Minister and a powerful cabinet member, said the report seemed not to factor in "variables like the density of population and historicity".

The BJP, which has been a part of the ruling alliance for the most part since 2005 and now happens to be the major ally, also appeared embarrassed by the report.

"In my view, the Niti Aayog should send a team to Bihar for making an in-depth study of the changes in health, education, and infrastructure in the last decade and a half."

"Only then will it be able to appreciate things in perspective", said state BJP spokesman Prem Ranjan Patel.

Meanwhile, Lalu Prasad's son and heir apparent Tejashwi Yadav, who seeks to put the government on the mat as leader of the opposition, questioned the Chief Minister's claim that he was not aware of the Niti Aayog report.

Sharing the video footage of Kumar's interaction on his Twitter handle, Yadav wrote "he may playact but his facial expressions do not match his claim that he is unaware of the facts of the report. Of course, he also knows well that once the news becomes stale, few will be interested".

(THE NEW INDIAN EXPRESS)
314 Days ago